Two Polish 17-year-olds have won tied first place in the European Commission’s young scientist competition in Milan, and scooped up thousands of Euros in prize money. 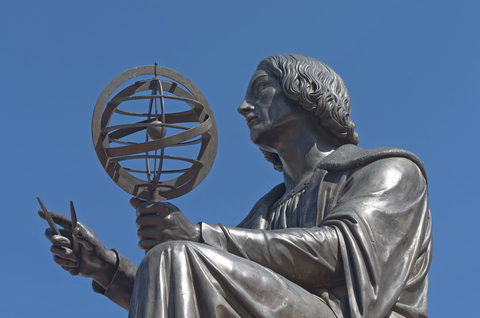 Copernicus would have been right chuffed

Michał Bączek and Paweł Czyż tied in first place with an American and German competitor, bagging 7,000 Euros and a trip to the International Youth Science Forum in London, 2016. Their winning experiment – They examined the behaviour of on-off type oscillators, for example a “bottle” oscillator (made up of interconnected tubes and bottles).

The competition for young scientists (EU Contest for Young Scientists, EUCYS) has been running since 1989, bringing together the winners of national competitions. Poles have enjoyed huge success this year in the EUCYS.

Second place (shared with two others) went to teen duo Dominiki Bakalarz and Joanny Jurek, from Piotrków Trybunalski, Opole. They scored 5,000 Euros for their Origami BioBandage, a localised bioimplant, modified by stem cells.

Sara Berent from Gdynia won a special prize with her experiment, proving that essential oils can help protect crops against bacteria and fungi.

Newcomer Paulina Drożak from Lublin also won a special prize, presenting her theory on the relationship between temperature anomalies on Earth and solar activity.

Sara and Paulina have won a trip to the European Southern Observatory in Chile.

Copernicus would have been proud.