Most (un)common Polish children’s names in 2016

Since March 2015 it has been possible for Poles to name their children however they please, as long as it is not offensive. Some parents came up with very strange name ideas. 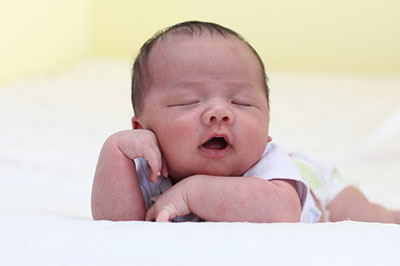 Kurtyzana (courtesan), Eutanazja (euthanasia), Guantanamera, Borowik (boletus mushroom), Żyraf (giraffe) – these are just some of the names that parents tried to give their children in 2016. Polish Language Council and officials recall that a child’s name does not have to be common, it may be original, but within reason.

They suggested names such as, for example, Kurtyzana, Borowik, Podpieniek (honey fungus), Guantanamera, Żyraf. There were also propositions of Lucifer, or Beelzebub – lists PhD. Danuta Krzyż, a member of the Polish Language Council.

She adds that parents increasingly do not want their child to have the same name as other children at kindergarden or school.

The above names have not been registered. The oficials have rejected the parents’ ideas. But in 2016 there were five Masons born, six Baltazars, seven Gromosławs, Santiagos, Ragnars and Rolands, nine Bazylis and 13 boys named Lew (leo or lion).

Officials remind parents that when giving names they have to stick to certain rules.

Parents can choose two names. This cannot be a name that’s ridiculous, indecent, or in a diminutive form – says Marzena Stępień from the Registry Office in Warsaw.

It seems, however, that having an uncommon and unpopular name can help. Actor and lector Ziemowit Pędziwiatr (Road Runner) says that it was not always easy with his unusual name, but over time he began to appreciate it. He says there is no one who would meet him in a professional or private situation and then would not remember him.

Polish parents in general, however, are quite conservative. In 2016, the most popular male names were: Antoni (Anthony), Jakub (James) and Szymon (Simon), and female names: Zuzanna (Susanna), Julia and Lena.