The United Nations Commission on War Crimes is about to declassify documents concerning the German holocaust. 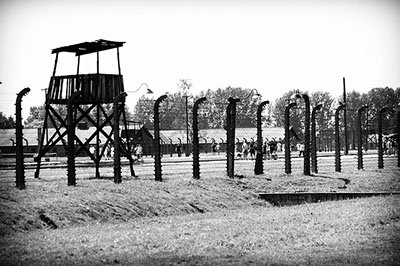 About 10 thousand documents exported from Eastern Europe will now see the light of day, and they will be made publicly available by the Wiener Library in London.

The declassified documents can reveal new details of Nazi crimes and, as a result, more people may be held accountable.

To be honest, I do not think there are still people who were actively involved in this. Such trials are loud and generally end up in such a way that the person dies in the course of it, or may not be able to receive punishment, because their health does not permit them to. Which does not mean that these trials should not happen. They should, to the very end – comments Piotr Kadlcik from the Jewish Religious Community in Warsaw – Just as they were able to send 90-year-olds to gas chambers, I think that they can go to court.

To Kadlcik the fact that the documents are being declassified after 72 years since the end of WWII is shocking.

It is not known yet what kind of documents will be declassified.

It looks like these are all sorts of reports that reached the governments at different stages of the war. There is talk about Greece, Poland, the Polish government in exile and others. In fact, we do not really know what kind of documents there are. One thing we know for sure is that these are documents that clearly show what the Germans were doing to the Jews – explains Kadlcik.

The United Nations Commission on War Crimes catalogue, which will be searchable online, will be made available this week via our website – explains Howard Falksohn, archivist of the Wiener Library, to the Guardian – There is a lot of interest. Some PDF files count more than 2,000 pages. This is the first time anyone in the UK will have access to these files.

The Wiener Library was founded in 1934 in Amsterdam by Dr Alfred Wiener to document the manifestations of anti-Semitism. After evacuating to Britain, Wiener worked with the British government, among others, providing evidence for the Nuremberg trials. The UN Commission on War Crimes Archive became classified in the late 1940s, when Germany became an important part of the Cold War, and the allies, threatened by the USSR, were less zealous to deal with Nazi crimes.

So far, only those with the approval of the Government and the UN Secretary General could access the archive. However, taking notes and copying content was strictly forbidden.