The man was renovating the police headquarters in Limanowa (southern Poland). He got exposed when he was trying to get an entry pass. 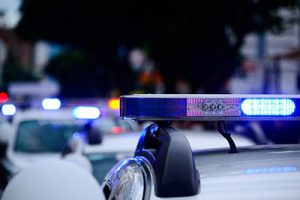 He made it very easy for the police to catch him

There had been general renovation going on at the police headquarters in Limanowa. After a few weeks police hired more workers to get it done sooner. Amongst the workers was a 39-year-old criminal.

In order to enter the headquarters building, the man’s identity had to be verified. It’s a standard and simple procedure. The policemen decided to double check his identity, because they had heard some rumours about the man’s vague past.

When he showed them his ID, they found out that he is a wanted man, on the run from the police. He received a one-year prison sentence some time ago and shortly after that he disappeared.

Sometimes what you’re looking for is right under your nose and you don’t even know it, says Grzegorz Gubała, a Lesser Poland police spokesman.

After the Chief Labour Inspectorate visit, the man was sent straight to prison.