Tom Hanks is getting a Fiat 126p from his Polish fans

At the end of October last year, Tom Hanks surprised his Polish fans by posting a picture of himself posing next to a Fiat 126p. He was then in Budapest, saw quite a lot of those tiny cars and decided to take some pictures. 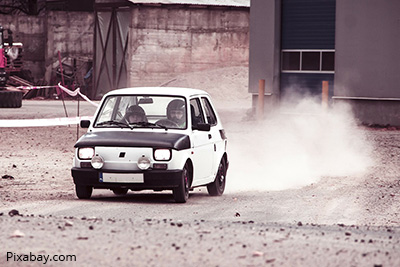 Seeing the actor’s post and his enthusiasm for the car, Monika Jaskólska from Bielsko-Biała decided to organise a fundraiser and purchase a Fiat 126p for Tom Hanks. She thinks it would be a great opportunity to share the history of the car, as well as promote the city.

Monika asked a charity foundation to collect the money needed for the vehicle. Any additional funds left after the purchase and renovation will be donated to the Bielsko-Biała pediatric hospital. The “lucky” vehicle was found and bought in Suwałki for 8500 zloty. Another 30 thousand are needed for its restoration. The money for the car purchase was donated by Rafał Sonik, a rally driver from Kraków. The little Fiat should be ready in May. It is a 1974 model, one of the oldest ones, and an antique, which will actually allow for it to be imported to the USA.

Monika Jaskólska managed to organise free transport from Suwałki to Bielsko-Biała, and from Bielsko-Biała to Los Angeles.

Tom Hanks, when he found out about the surprise awaiting him, seemed very excited.

Those Fiat 126ps’s are the cars of many dreams. I took all those photos in Budapest, walking around, seeing one Fiat 126ps after another, joking to having bought one, but secretly wanting to be close to the car. I never thought in a million years someone like you would take on such initiative. – as per his message to Monika.

He also wants to take part in the fundraiser.

I am happy to help you raise money for the hospital. No, you never asked, but your example led the way.

However, the best reward for Monika’s efforts was Tom Hanks’s idea that she should accompany the car to the US.

Perhaps we can arrange for you to accompany the car to the USA? That way we can meet when the keys are put into the ignition and we see, 1. if the car starts and 2. if it is legal to drive in the USA.

Along with the newly restored Fiat 126p Tom Hanks will receive a commemorative book with signatures from the donors.

It is yet uncertain if Monika will take the car to the US, or if Tom Hanks will visit Bielsko-Biała and collect it himself.

You can keep track of the progress of the renovations on the fundraiser Facebook page.