Over one per mille of alcohol was in the breath of a driving course student who came to pass the driving exam at the Voivodship Road Traffic Centre in Szczecin on Monday. 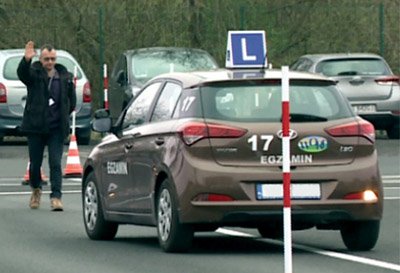 On Monday, the 47-year-old tried to take the driving exam at the Voivodship Road Traffic Centre in Szczecin. He started the practical part of the exam on the manoeuvring yard and correctly completed the so-called arch.

Then the examiner approached the car to instruct the examinee about the next task and smelt alcohol in his breath. The examiner immediately called the police.

The officers conducted a test of the state of sobriety of the man and it turned out that his breath showed over one per mille of alcohol – informs officer Anna Gembala from the Voivodship Police Headquarters in Szczecin.

The man was arrested. At the police station he also testified that he had been previously deprived of driver’s license after driving under alcohol influence in Germany. Now he faces up to two years in prison and, although he currently has no driver’s license, might be prohibited from driving for six months.

There are no legal regulations to facilitate the employees of a Road Traffic Centre to test students for alcohol or drugs, and the examiners have no other way to do it than by observing the behaviour of examinees or smelling their breath. Every time they suspect a drunk examinee, they have to call the police.