President of Sopot Jacek Karnowski made a bet with his friends that he would not cut his hair as long as Law and Justice are in power. The first results of this bet are already noticeable. 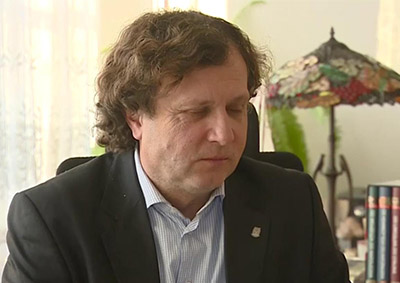 The president of Sopot now boasts a lush mop of hair. And it is not the impact of stylists nor a whim. This is a political manifesto. In the spring of last year, Jacek Karnowski announced that he would not go to a hairdresser until the Law and Justice party is in power.

As you can see, he sticks to this decision. However, he hopes that it would not be long.

Some say that if you can’t surprise people with anything, then you can do it with your looks. I made such a commitment, actually a friendly bet, that I might not get my hair cut until the government team, which is now ruining Poland, is in power – explains Jacek Karnowski.

The president is optimistic and hopes that “it will not take four years or longer.” Although time passes, and he has more and more hair, he is not going to break away from his word.

This bet is not about money, but my good name.