A new record fell in Thursday’s draw of the Lotto lottery. 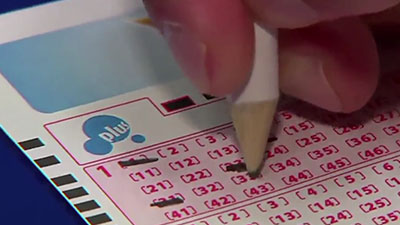 This person did not win – wrong numbers

The winner who selected the lucky six numbers won as much as 36,726,210.20 zloty. The organisers haven’t yet published the information in which Polish city the coupon was filed.

Totalizator Sportowy – the organiser of Lotto – informs that it was a historical draw, the highest payout since 22nd August 2015, when in Ziębice (Dolnośląskie voivodship) good fortune brought the winner 35,234,116.20 zloty.

The Thursday’s win had been accumulating since 19 February.

According to Totalizator Sportowy, in Thursday’s draw the following prizes were claimed:

The lottery organiser also informs that one win of the first degree was in Lotto Plus was recorded in Thursday’s draw – in the amount of 1 million zloty.

The winner must remember, however, that the sum to be paid out to them includes tax. For amounts exceeding 2,280 zł 10% tax is payable. The winner of Thursday’s draw will therefore receive around 32 million zloty.

Payment of the Lotto win is not divided into installments. The winner receives the amount in its entirety. It depends on them whether they want to take the money in cash, or transferred to their bank account or even several bank accounts.