Last night two men were riding a quad on a frozen lake in Banie, West Pomerania. The ice broke and they both went under water. 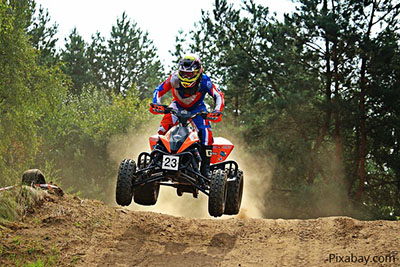 This is where you should ride a quad

The accident occurred on Tuesday evening around 7pm. Four fire squads and a group of divers from the Fire Department in Szczecin.

Both men fell in the water when the ice broke under the weight of their quad. One of them, a 45-year-old, managed to get out of the lake, but the other one went under. The 45-year-old called the fire fighters.