The presidents of Poland Andrzej Duda and, of Germany, Joachim Gauck have written in a joint message: “A message from Polish bishops to German ones changed Polish-German relations and the history of Europe. Churches were ahead of politics; the contents of the message are still relevant”. 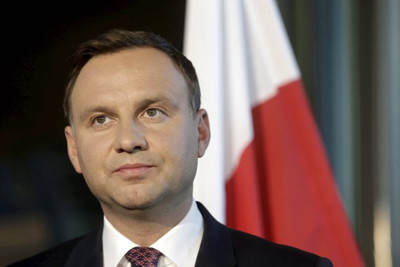 Fifty years ago Polish bishops appealed to their German brothers with a message of peace and reconciliation, which would fundamentally change Polish-German relations and the history of Europe.
– the presidents wrote to the Polish and German episcopal conference, celebrating on Sunday in Częstochowa the 50th anniversary of the famous letter.

An act of extraordinary courage

“It was an act of extraordinary courage, spiritual wisdom and long-term vision” – the presidents pointed out in their letter published on the website of Andrzej Duda.

They stressed that in 1965 “only 20 years from the end of the war had passed, (…) which Germany started, and which painful effects were felt in Poland still, almost at every turn”.

Duda and Gauck recalled that

on the one hand, war trauma commonly developed the awareness of Poles, on the other hand, German public opinion was only beginning to realise the enormity of the crime and the harm caused not only by the German State, but also many Germans.

“Despite this, Polish bishops celebrating the millennium of the baptism of Poland wrote to their German brethren: ‘We extend to you […] our hands and give forgiveness and ask for it’,” the presidents recalled the famous words.

Breakthrough during the Cold War 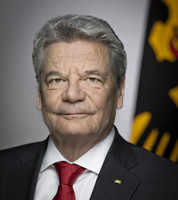 The presidents stressed the crucial nature of the document. “Our continent lived in the realities of the Cold War, it was brutally torn apart by the Iron Curtain. Between the societies of East and West practically no contact existed. In addition, the border on the Oder and Neisse became a bone of contention; almost all Poles feared the ‘West German revanchism’ deliberately instigated by the communist authorities”- says the message.

“Polish bishops broke, however, the climate of hostility. Contrary to the mood of their own society, they reached out to their German brethren bishops in a gesture of rapprochement and dialogue,” stressed Duda and Gauck.

We, the Presidents of Poland and Germany, with a sense of immense gratitude, remember this act of founding a peaceful neighbourhood. On behalf of our Nations, we wish to express heartfelt gratitude to all who have followed the path traced by the Message of the Polish bishops and contributed to Polish-German reconciliation.

They recalled that one of the authors of the letter was the Polish primate, Cardinal Stefan Wyszyński, “on whom the communist authorities focused their attacks.” They also recalled the words of the main author of the message, Cardinal Bishop of Wrocław Boleslaw Kominek: “The way of speaking can not be nationalistic, but must be European in the deepest sense of the word. Europe is the future – nationalism is of yesterday”.

Church ahead of politics

The presidents expressed their appreciation for the role of the Memorandum of the German Evangelical Church with an appeal to reach an agreement with Eastern neighbours and to recognise the Oder-Neisse border.

They stressed that “in both countries the churches went ahead of politics in the Polish-German rapprochement process, although the government of Western Germany soon, through its Eastern policy, has taken up what was started by social forces”.

They recalled the gesture of Chancellor Willy Brandt, who knelt before the monument of the Heroes of the Warsaw Ghetto and the sign of peace and reconciliation that Helmut Kohl and Tadeusz Mazowiecki shared in Kreisau (Krzyżowa) in 1989; two months after the appointment of the first non-communist government in Central and Eastern Europe, three days after the fall of the Berlin Wall.

It took quite a lot of time before our societies fully trusted each other. But it worked. Free, we experience the joy of mutual meetings, with a new, extensive knowledge about each other, having, sometimes quite serious, disagreements, but confident that over the divisions of the past, we can build a common future. The wounds could be healed, because we met in the spirit of truth.

“Today Poles and Germans are much more than just good neighbours. They are partners in the same alliance. One of the main objectives set 50 years ago in the Message of Polish bishops became reality after 1989. Free Poland is once again an important part of the European family.”

The historic exchange of letters half a century ago, in the last days of the Second Vatican Council, the episcopal conferences of Poland and Germany commemorated on Sunday in Częstochowa.

At the end of the Polish letter are the words: “We extend to you, who are sitting here on the benches of the ending Council, our hands and give forgiveness and ask for it.”

At the head of the delegation of the two countries were the presidents of the episcopates: Archbishop Stanisław Gądecki and Cardinal Reinhard Marx.