Two police officers were driving through a small village near Poznań when they noticed a teenager on the side of the road. He was a waving at them with a backlit screen of a mobile phone. They stopped and the 16-year-old got into the car without any explanation. 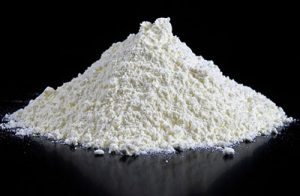 He sat comfortably but after a few seconds he realised that he got into a police car. He was carrying drugs and apparently decided that the best way to get rid of them is to throw them away while the policemen were watching. So he got out of the car and threw away a package full of white powder.

One of the officers caught the teenager and the other found the drugs. The package was examined at thir police station – it turned out it was amphetamine.

The boy was arrested for carrying psychotropic substances. His case will be handled by the Family Court.

The police don’t know exactly why the teenager stopped the car. It is possible that he just needed a lift but panicked seeing police officers. Either way, it was definitely an unlucky day for the 16-year-old.