For a year without success Polish bishops have been asking the government for permission to set up a so-called humanitarian corridor for refugees. In the end Pope’s nuncio has become involved in the matter. 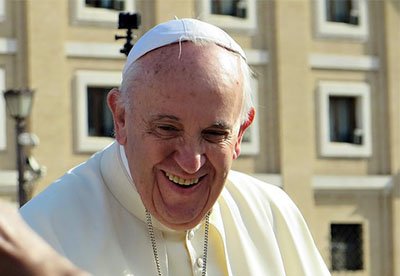 The PiS government seems to be changing their minds about allowing refugees in Poland. Prime Minister Beata Szydło states that she does not say “no” to the idea of a humanitarian corridor. She adds that the government is currently analysing the possibilities.

Beata Szydło says that this issue was addressed because the apostolic nuncio in Poland came with the initiative. The Prime Minister does not mention, however, that for almost a year the Polish bishops have been trying to launch humanitarian corridors. In autumn last year Archbishop Stanisław Gądecki talked about the government’s reluctance to do so. Although the case was discussed at the meetings of the Joint Government and Episcopal Commission, it was not resolved.

According to Rzeczpospolita newspaper, archbishop Salvatore Pennacchio sent a letter to Beata Szydło after the Pope met in Vatican with representatives of several localities interested in accepting refugees. According to their information, Archbishop Pennacchio, in his letter to the government, refers, among other things, to numerous Pope’s statements on the necessity of helping refugees, also mentions the Italian corridors, and also states that he is authorised to negotiate by the secretariat of state, the Vatican’s Ministry of Foreign Affairs.

Starting a conversation with the nuncio is yet another proof of the disregard of the native bishops by the government. Possible agreement on the corridors will be received as the success of Archbishop Pennacchio – not the Polish Episcopate.

It is likely that the government will cooperate with the Association for the Help of the Church in Need, through which they are already sending money to Syria. The sceptical attitude of the association to the idea of ​​corridors, which claims that support at the site of conflict is better, raises the suspicion that the plan might be to receive the smallest possible number of refugees. Not 300-400 people as the bishops want, but for example 100. Just to show the Vatican that the government is not indifferent to the fate of the refugees.