Painkillers are cure-alls – it seems that Poles believe in this particularly strongly and keep poisoning themselves, trying to soothe ailments. 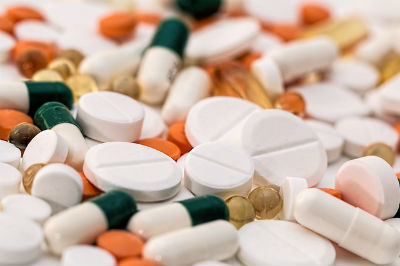 One too many and you’re gone

Doctors say it outright: Poles consume incredible amounts of analgesic medication. And taking painkillers on a mass scale has little in common with an actual treatment.

Three packs a year – is it really that much?

It is not that we buy a lot of medicine but consume unimaginable amounts of painkillers, non-stop, – says Przemysław Sajewski, a pharmacist.

This is confirmed by recent statistics. Five years ago, Poles spent 1.1 billion zloty on over-the-counter analgesic medication. In 2015 they spent more than 1.3 billion zloty on these, which makes a serious increase. This means that in 2015 Poles bought 115 million packets of painkillers.

One of the factors of the consumption increase are the products that a few months or a few years ago were exclusively available on prescription, and are not any more. So now availability of these products is much greater, the consumer can buy them without visiting a doctor, – explains Jacek Czarnocki of IMS Health.

Poles buy over-the-counter drugs massively, simply because they are available everywhere: at petrol stations, in shops and drug stores. According to the Polish Chamber of Physicians and Dentists, 500 million painkillers were purchased in a place other than a pharmacy in 2015.

The problem arises when we consider quality of these drugs. Polish Main Pharmaceutical Inspectorate admits they do not have enough employees to check all the medications.

Of course, we try to have complete control over the market. However, due to staffing shortages, the supervision of medicinal products at petrol stations and in shops is unfortunately limited, – so Paweł Trzciński of the Main Pharmaceutical Inspectorate.

Last year, the Statistical Office reported 117 cases of serious poisoning due to painkillers intake. Most of the complications, however, are not reported. How many people have died of overdosing painkillers is not known.

Any medication is potentially harmful, especially when used with no medical supervision – this should be common knowledge. When asked, everyone agrees to that, but at the same time people seem not to consider over-the-counter drugs as real medicine and therefore overuse them. Taking medications to fight even the slightest ailments can lead to addiction, especially when it comes to sedatives and painkillers. Internal damages are then inevitable. The most serious cases end with the consumer’s death. Thus, it is vital to use medication cautiously.