Today Polish parliament (Sejm) is going to handle two civic projects with changes in the law relating to abortion: one forbids abortion completely, the other liberalises the current rules. However, the vast majority of Poles would be satisfied with maintaining the current compromise allowing abortion under particular circumstances. 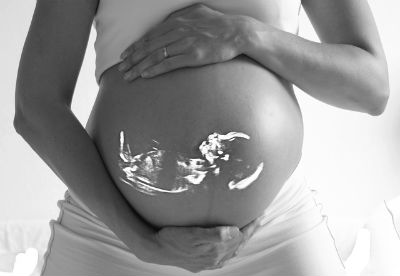 Catholic Church in Poland seeks to tighten abortion law in Poland. This law, applicable since the 90s, is not perfect to politicians who negotiated them either.

It’s a faulty project, you have to admit, – says Olga Krzyżanowska, who voted in favour of the compromising bill in 1993. – “The left wing” with Polskie Stronnictwo Ludowe (PSL, Polish People’s Party) got a majority. So it was necessary to communicate […], – she recollects.

I think it wasn’t a compromise, – says, in turn, Barbara Labuda, who in 1993 voted against the adoption of the law. – This law, called a compromise, is in fact even more restrictive than its legal character, because it collides with reality: with human fear and opportunism, – she notices.

The church accepted the bill from 1993 because, in contrast to the earlier Act, which was very liberal, this one was actually limiting the number of abortions. For political reasons, there was no possibility for a more restrictive law to pass.

Now the Sejm has received two projects demanding amendments to the law on abortion.

Civic draft “Stop Aborcji” (English: Stop the Abortion) by Komitet Inicjatywy Ustawodawczej (English: Legislative Initiative Committee) forbids abortion completely and introduces penalties for the death of a foetus. The suggested amendments provide that killing an unborn child will be punished by imprisonment of 3 months to 5 years. If the perpetrator acts unintentionally they will be subject to imprisonment of up to 3 years. If the child’s death is caused by his mother, the court may mitigate or even renounce the punishment. The mother is not subject to any punishment if she acts unintentionally.

From the point of view of a child that is to be killed, the law will be loosened, – says prof. Bogdan Chazan, a supporter of tightening the abortion laws. – If someone came from outer space to Earth and saw that its inhabitants were violently killing their brothers and sisters, they would be extremely surprised. So I think people will come around soon, and Poland will play an important role there, – he adds.

If MPs vote down the “Stop the abortion” Act, Poland will be the eighth country in the world where abortion is prohibited. It is worth mentioning that even the church does not agree to punishing the women.

The church wants a legal protection of life, from conception to natural death, but not that it would be criminalised, – says Bishop Wojciech Polak, Primate of Poland.

According to a survey run by CBOS, the vast majority of Poles is in favour of maintaining the current compromise of 1993. The response of groups voting against stricter abortion laws in Poland propose their own bill, which is an even more liberal version of the current act.
The civic project prepared by the “Ratujmy Kobiety” (English: Save Women) Committee, liberalising provisions on abortion, guarantees a woman’s right to abortion until the 12th week of pregnancy. Then abortion would be permissible in the same cases that it is currently allowed.

Up to the 12th week, because, according to the regulations, up to this moment the child is considered a foetus, and not yet a child, according to some studies, – explains Andrzej Rutkowski of the “Save Women” committee.

The current compromise on abortion was included to the law adopted in 1993. According to these regulations on family planning, foetus protection and conditions of abortion permissibility, abortion can be conducted when the pregnancy poses a threat to the life or health of the woman, there is a high probability of severe and irreversible impairment of the foetus or an incurable illness threatening its life, or when the pregnancy is a result of a criminal offence. Is anything going to change now?