The prosecutor’s office in Szczecin decided to reopen an investigation related to a terrible medical mistake that took place in 2013 at a fertility clinic in a town called Police (northwestern Poland). 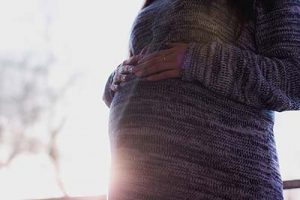 This medical mistake may have some serious legal consequences

A girl, who was born in August 2014, is not a biological child of the woman who gave birth to her. The woman and her husband were unsuccessfully trying to have children. They decided to have an in vitro fertilisation. Due to a terrible mistake, the woman was implanted with an egg cell that wasn’t hers. As a result, she gave birth to a child that was only her husband’s child.

The child was born with some genetic defects so the parents decided to run a few tests. That is how they found out that the woman and the girl are not related.

There was a mix-up at the laboratory. It might have happened because sometimes patients’ names can be very similar and it is quite easy to mix them. Just like it happened before in Italy. But the reason of the mistake in Police has not yet been explained. The investigation is still in progress.

INF has been a controversial issue in Poland for many years. Some people consider it to be a unique chance for couples with fertility problems, others claim that it is unethical. It is not accepted by the Catholic church and most Poles identify as Catholic. But now there is one more issue to debate – is it possible to give birth to someone else’s child? Aparenlty, when it comes to INF, it can happen easier than we think.