Will, a little bit of perseverance and good organisational skills – that is what seems to have been enough for 16-year-old Karol Wojsław from Swarzędz to construct a space probe and release it into the stratosphere. 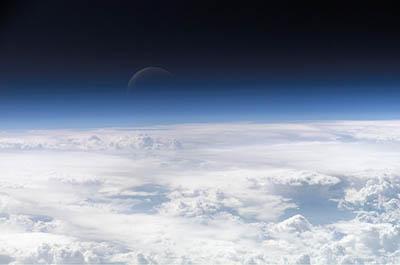 The footage taken by Karol’s probe is breathtaking

The young man designed the probe with measuring devices on his own and then released it into the atmosphere. Now he is going to analyse the observation results and draw conclusions form the findings.

16-year-old Karol Wojsław from Swarzędz (Wielkopolskie Voivodship) undertook a meteorological project. He designed the advanced device that has just completed complicated measurements concerning the composition of Earth’s atmosphere. The final day of his project, which he was preparing to for six months, was October 22th.

Karol raised money necessary to complete the project on an online fund collection – he managed to raise more than 10,000 zloty for this purpose. The equipment and construction parts Karol bought simply on the internet.

The most important thing was preparing it all and organising everything well. Electronics and sensors are pretty much available, – explained Karol Wojsław. – I had plenty of time to prepare everything myself, the biggest challenge of the project was the moment of sending the probe into the atmosphere, – he admitted.

On Saturday, October 22, the home-made spacecraft took off. It flew thanks to a balloon filled with helium, which burst in the stratosphere at the altitude of 30 km. Then the device fell back to earth on a parachute. It landed about 30 km from Poznań.

For safety reasons, the flight took place with the consent of the Polish Air Navigation Services Agency.

The teenager equipped the device with tracking systems, a radio, cameras and sensors, which provided him with material for specialist research.

I studied the ozone concentration, air quality and the efficiency of photovoltaic cells. I made a panoramic movie, showing the earth from the so-called near space, – said the young scientist. – The results are very general for now. I am going to be quick about that and publish the results within two weeks, – he added.

The results of the research conducted during the flight will soon be presented in a film produced by SkyConcept as part of the “Space in 180” project.