Warsaw taxi drivers have filed a court suit to ban Uber in Poland. In their opinion, Uber is not only an app, but an employer who must adapt to the Polish law. 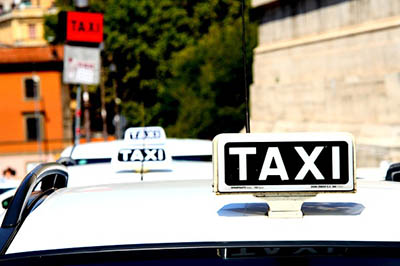 “Warsaw Taxi Driver” and NSZZ Solidarity trade unions have submitted an application to the Warsaw district court to legally ban Uber’s business activity. It is based on Article 3 of the unfair competition law, which states that “an act of unfair competition is considered contrary to law or morality, if it threatens or violates the interests of another entrepreneur or customer.”

The Warsaw taxi drivers believe that the US company, which through its technology “connects” passengers wishing to travel from point A to point B with drivers offering their services, is breaking the law, because it is not only an application, but also an employer. Uber should therefore adapt to the Polish law.

Taxi services do not differ from the services provided by Uber. Therefore, they should not differ also in terms of legal requirements with regards to licenses, medical examinations of drivers, insurance and cash registers – says Jarosław Iglikowski, head of “Warsaw Taxi Driver.” – Uber transportation activities are illegal, because they do not meet the statutory requirements of the law. Uber, collecting from 25 percent from each ride, profits from illegal activities and thus breaks the law – he adds.

Similar requests have already been placed at the courts of, among others, Italy, Spain or France. The German court has banned Uber’s services.

Kacper Winiarczyk, CEO of Uber in Poland believes that the lawsuit is “completely unfounded and will not in any way affect the company’s operations and development of the company in Poland.”

Uber is a mobile application, which operates in Europe under the EU directive on services in the information society of 2000. As a company, we are a supplier of technological solutions, as well as many other digital intermediaries – e-commerce platforms or those used to book accommodation. In this model Uber operates in more than 500 cities and 80 countries worldwide – he explains.

Uber operates in Poland in seven cities. The application is used by more than 300 thousand passengers and several thousand drivers.