The diagnosis is most important, though – as it turns out – most difficult. Sometimes, in the case of multiple sclerosis it takes years to get correctly diagnosed, and those are always lost years. 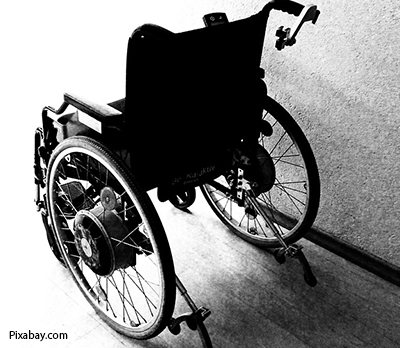 The cruel reality of MS patients

However, researchers from Łódź have found a way to diagnose MS faster and easier.

Paweł Gąska, a patient with multiple sclerosis, had problems with his eyesight first, and then was treated for his spine problems for a long time.

Then I thought maybe it was myasthenia gravis (MG), muscular atrophy. This was not confirmed in the tests, nor eliminated, and they kept looking – he explains.

Gąska, before he got the correct diagnosis, had been going from one doctor to another for 5 years. Untreated multiple sclerosis can lead to disability, and the only way to detect it is through magnetic resonance imaging (MRI).

It is so that afterwards there is no possibility of medical treatment or normal life – Gąska says – It often happens that before one is diagnosed, they are already sitting in a wheelchair.

A breakthrough in diagnostics?

Doctors from Łódź have discovered microparticles in the blood of patients with multiple sclerosis closely related to the disease.

The whole discovery is finding new molecules. These molecules are fragments of RNA nucleic acids that have not yet been studied and have shown a particular affinity for the occurrence of multiple sclerosis – explains professor Krzysztof Selmaj, head of the neuroscience department of the Medical University of Łódź.

Studies have shown that the number of molecules is much lower in people with multiple sclerosis than in healthy individuals. This discovery gives hope that blood tests alone are enough to diagnose this serious disease.

If the professor’s team would prove that there are markers that would tell us definitely that we are dealing with multiple sclerosis, it would make it easier to diagnose – says doctor Bożena Adamkiewicz, neurology consultant from Łódź.

Multiple sclerosis begins like other diseases, so it’s easy to overlook some of the symptoms. The first symptoms are visual disturbances, speech problems, changes in feeling in limbs, paresis, and urinary incontinence.

The disease attacks suddenly, most often between the ages of 20 and 40. In Poland, 50,000 people suffer from multiple sclerosis.