Schools without mobile phones – students are not satisfied, contrary to teachers. More and more schools do not allow students to use phones, even during breaks. It is controversial, because there are serious arguments for, but also against it. 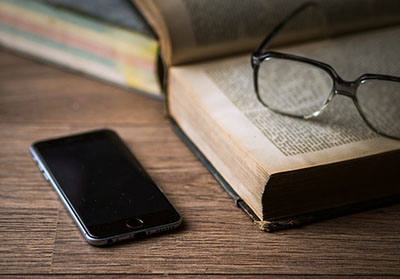 Smartphones have substituted books for many students

Outshadowed with the fuss about the upcoming educational reforms, planned by the Polish government, there is a small revolution going on in Polish schools. More and more schools are deciding to ban mobile phones completely. Most schools in Poland limit the ban only to the 45 minutes of a lesson. Now it is going to change.

The student has no time to use a phone under their desks, although some would like to, – says Agata Schabowska-Wirtel, a teacher at a school in Kraków.

No law regulates this, schools must decide for themselves what is best for the students.

Taking away someone’s stuff is unacceptable. You can only enforce the rules by some penalties, – explains attorney Bronisław Muszyński.

From the beginning of this school year, many students cannot use their mobile phones when at school, at all. The first effect of this change is surprising:

It gets louder during breaks, but we don’t worry about that, because the children have begun to talk to each other, – says Barbara Dec, a primary school teacher in Kraków. – It used to be different. Rather than approach someone on the other end of the corridor and talk, children would send a text message to that person, – recollects Dec.

More and more schools are introducing such a ban. One of the bright sides of this decision is the lack of possibility to compare gadgets among students. It is equally important that it allows to eradicate cyberbullying, at least at school, which is appreciated by the pupils.

They would record short films, take stupid photos. And it was not cool, – says Kasia, a primary school student in Kraków.

For many students the phone ban was initially quite a big surprise.

When we found out, it was such a shock that we could not de-stress. For the first week we would take out our telephones, – says Marcin, a primary school student from Kraków.

Such behaviour – after the initial forbearance, because it was a completely new situation – can now be punished with confiscation of the phone. According to the introduced rules, you can have the phone itself, provided it is mute. Nevertheless, for many students it is a real end of the world.

I cannot imagine this, because it is kind of a second life, – says Damian, a student from Szczecin.

Paulina from Lodz shares this view and admits that even after introducing the ban at her school, she would bring her smartphone to school. And there are many more of such voices appearing on the internet.

After all, break is our time. We can do whatever we want, – explains Laura.

Plan is not flawless

The total cut-off can also bring danger, – notices Dr. Maciej Dębski, who examines the impact of new technologies on children. – A student with no reception will be catching up with after-school life. A child who uses a mobile phone all the time, if it is off for eight hours, will not focus on classes, because he or she will be thinking about who wrote, who called etc.– explains Dębski.

So maybe the golden mean would be a situation in which the mobile simply stays mute, and kept away during classes so that children would forget about it? Students from Kraków have no doubts:

It’s possible to live like that. We recommend it.