Last week, Law and Justice (PiS) MP Beata Mateusiak-Pielucha wrote on the wpolityce.pl website that atheists, Orthodox and Muslims should be required to state that they would fully respect the Polish Constitution, otherwise they should be deported. 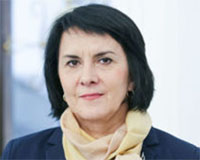 Politicians from other parties were outraged and are demanding a proper punishment for such a xenophobic public statement.

The Law and Justice deputy, commenting on the events around the movie “Wołyń”, wrote:

We should require atheists, Orthodox or Muslim to issue statements that they know and undertake to fully respect the Polish Constitution and the values ​​recognised in Poland as important. Failure to meet these requirements should be an explicit reason for deportation.

Later Mateusiak-Pielucha tried to explain her words in an entry on Facebook.

I wrote about the problem associated with the threat posed by the increasing number of immigrants working and living in Poland, from who, in my opinion, it should be required to respect our laws and values, just like of every guest who wants to stay in our house. It has nothing in common with Catholicism or another faith.

The MPs of the Civic Platform (PO), Nowoczesna and Kukiz’15 parties were outraged by that statement and have all separately filed requests to the Parliamentary Comission of Ethics to punish Beata Mateusiak-Pielucha.

According to the politicians of Civic Platform, such statements violate the Polish Constitution, in particular Article 32 paragraph 1 which states that “all are equal under the law, everyone has the right to equal treatment by public authorities.”

At the same time, through the proposed compulsion to issue statements to respect the Polish Constitution and the values ​​recognised in Poland as important, deputy Beata Mateusiak-Pielucha infringed Article 53 paragraph 7 of the Constitution, according to which “no one may be compelled by public authorities to disclose their views, religious beliefs or religion.”

The Parliamentary Commission of Ethics may, after having reviewed the case and finding there has been an infringement of the principles of Parliamentary ethics by an MP, reprove or reprimand them. The decisions of the Commission are made public.