PSL (Polish People’s Party) have come up with an idea for a new law. They would like that every person taking part in parliamentary elections, running whether for the Lower (Sejm) or the Upper House (Senat), be subject to psychiatric evaluation. 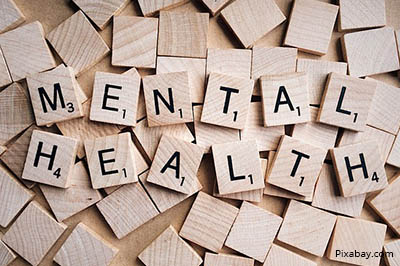 Would any politician pass the tests?

The idea is for people to have 100% certainty that they vote for a mentally healthy person, who will then create law and decide about their lives – explains deputy Paweł Bejda, who is the originator of the project.

Chairman of the PSL party Władysław Kosiniak-Kamysz announced at PSL’s Saturday press conference that the law project is at consultation stage and should be ready in two or three months. He explained that the party members are discussing this issue at a regional level, and that it is also being discussed with leading experts in matters of psychiatry in Poland.

Those crazy things that have been going on for the last year, the game of hide and seek in the Hall of Columns or the game of tag in the Plenary Hall led to the fact that among our compatriots there is a sense of madness in the Parliament – said Kosiniak-Kamysz.

He added that the term “circus” has become a common term in relation to the Parliament not only because of the shape of the building.

Deputy Bejda said that among the diseases that would exclude any candidate from work as an MP are, inter alia, dementia such as in Alzheimer’s disease, organic amnestic syndrome or delirium (not induced by alcohol and other psychoactive substances), active psychosis in the course of eg. schizophrenia, persistent delusional disorder, acute transient psychotic disorders, schizoaffective disorders.

Bejda stressed that candidates for deputies and senators, not the deputies themselves, would be subject to evaluation. Tests are to be held discreetly so that no one would be stigmatised.

If someone does not pass these tests, they may not even admit they were tested – says the deputy.

Doctors, however, are in doubt. They recall that mental disorders are often short-lived and cannot permanently eliminate a person from public life. Besides, there is always the risk of abuse.

If this is done, the power in Poland will be taken over by psychiatrists: this is allowed, and this is not. And my colleagues will determine the composition of the Parliament. Well, this is all nonsense – says Tomasz Piss, a psychiatrist.

Besides, doctors point out that even if the law comes into force, it does not necessarily improve the quality of politics.

Whether someone is more or less wise, more or less honest, has no connection with the state of health – says psychiatrist Professor Andrzej Kokoszka.