A baby on the verge of death was brought to hospital in Bytom (southern Poland). A parents’ friend alerted social services, because she was concerned about the boy’s health. He had an infection, was starved and dehydrated. He is now gradually getting better. 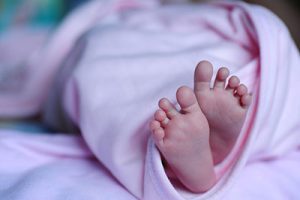 The 4-month-old baby was almost starved to death

The parents seemed to be completely unaware of what was happening. The mother claimed that the baby refused to eat. She didn’t want to force him. Did she not know how to take care of a baby? They also have an 18-month-old girl and she was perfectly healthy! – wonders Tomasz Bobrek, police spokesman in Bytom.

The mother is 22 years old, her partner is one year younger. They are both unemployed, living on welfare.

There were a few situations when the police had to intervene, because the couple were having a party in their flat and the neighbours were complaining about the noise. But the mother was not drunk.

The young couple were charged with exposing an individual to risk of death or grievous bodily harm and are now facing up to 5 years in prison.

The baby is still at the hospital. His older sister is staying with her grandmother for now. The children’s future is still uncertain, it will be decided by a court.