Reports of Polish Army officers leaving the service keep popping up. Now, they have been joined by General Jerzy Gut, responsible for special forces. 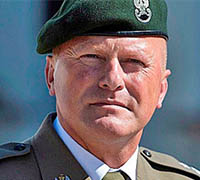 During the reign of Antoni Macierewicz in the Ministry of Defense most of the top commanders have changed within the last 18 months.

The list of all the names of the highest rank officers of the Polish Army, who resigned, applied for a discharge or were dismissed, is long. It includes about 30 generals and over 200 colonels. According to the Ministry of Defense, in the General Staff 90 percent of officers in positions of command were changed, and in the General Command of the Armed Forces – 82 percent.

It is always a pity when someone as experienced, with such a great military resume, leaves – comments Marek Magierowski, the director of the presidential press office – Most of these changes are actually dismissals or resignations from the officers, so it is difficult to stop them by force in the army – he adds.

According to Magierowski, until these resignations and the personnel changes do not lead to destabilisation of the situation in the army, the situation is under control and president Duda as the head of the armed forces has no reason for concern.

Magierowski also says that this “wave” does not concern the president for the time being, who remains in constant contact with the defense minister Antoni Macierewicz.

Some of the commanders who have left the Polish Army are:

This list is not exhaustive. It includes only the highest rank officers in the most exposed positions. A number of other generals retired or were dismissed, not to mention the much larger group of colonels, who also said goodbye to their functions and uniform since the end of 2015.