The incident took place on Friday morning in Szczecin. An investigation has begun, the man is alleged to have escaped roadside inspections twice before the fatal accident. 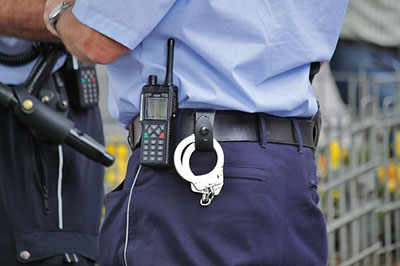 The driver did not stop for another inspection, hit one of the policemen and tried to escape.

It was an intervention. A police patrol tried to stop the driver for an inspection, – said Małgorzata Wojciechowicz, spokesman for the District Prosecutor’s Office in Szczecin. – First findings show that the driver did not stop for the inspection and hit a police officer, – she added.

After that, one of the officers fired a warning shot, and when there was no result and the driver hit an officer, the second shot was fired. It was aimed at the car, but accidentally hit the driver who died as a result.

The driver turned out to be a 22-year-old man. He was earlier recorded by the police for traffic offences. Earlier the same day, he had not stopped for a roadside checkpoint and escaped unpunished, but the nearest police patrols were alerted and were trying to locate and finally stop him.

They succeeded in tracking the suspicious man but the driver tried to escape again. According to police notes, a warning shot was fired first, then the driver hit one of the officers, and only then the shot was fired that happened to take the young driver’s life. It has also been established that two days earlier the same man had escaped a roadside check.

The fact that a policeman was hit was also confirmed by the spokesman for the Regional Police Headquarters in Szczecin, Przemysław Kimon. He said that the policeman is now under psychological care. According to him, the shooting policeman has had thirteen years of experience. He has been working in the traffic department for several years.

An investigation has been launched by the Prosecutor’s Office in Szczecin. There is a prosecutor on site and it is now being determined what exactly had happened and who the driver was. Voivodship Police Department is also there to help with the investigations.

“A shot is the absolute last resort”

Polish policemen in comparison to their European colleagues rarely shoot at fleeing cars, – said Dariusz Loranty, former police negotiator. – A shot is the absolute last resort. This shot was aimed at the car, – Loranty said stressing that this was a dynamic situation and it was almost impossible to aim precisely at the driver in such conditions. The shot must have been aimed at the car, – he repeated.

He also stressed that the ballistics investigation will determine how the policeman was shooting precisely. Loranty pointed out that recently the Polish law has been amended, and now the measures of direct coercion allow policemen to shoot towards a fleeing car.

When asked if a pursuit wouldn’t have been a better option, the former police negotiator said that “they look great on American action movies,” but in fact they are very dangerous not only for the police officers and the runaway, but also for innocent accidental witnesses. He stressed again that Polish policemen decide to shoot very rarely.

In Poland, there are just several shots per year fired at people fleeing in a car, even if earlier that same car attacks a police officer. If we compared it to France or Italy, where it is several thousand shots a year… The shot is absolutely the last resort. – summed up Loranty.