A judge of the Appeal Court in Wrocław is suspected of shoplifting in one of the electronic equipment stores. He was supposedly carrying items worth more than 2 thousand zloty. The authorities of the court, after viewing the evidence, decided to immediately suspend him. 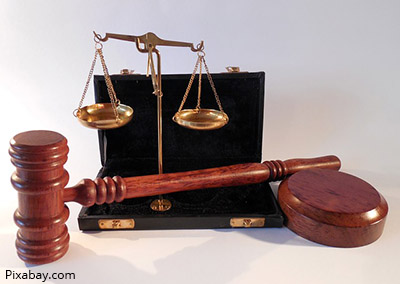 Will he sentence himself to prison?

“On February 8, 2017, the Wrocław Appeal Court board, in connection with the information obtained from law enforcement on (…) the event with the participation of a judge of the Appeal Court, adopted a resolution for immediate suspension of the judge from his duties” – as per the official statement of the Court.

The president of the Court decided on “an immediate break in his duties” pending the resolution of the disciplinary court. However, no later than until 8 March 2017. This also means that the judge will not be able to adjudicate.

The judge denies stealing anything

The decision is a result of events which occurred on Monday. As the prosecutor’s office informs, the judge was pointed out by the security personnel as the perpetrator of the theft of storage devices and “other small items.” At the meeting of the board of the Appeal Court the judge related the course of events. He also denied stealing the equipment. He claimed to have asked to call the police himself.

The judges of the board asked the prosecutor’s office to submit any evidence available. There was probably a video from the monitoring cameras at the store. The judge has not yet heard charges. He hasn’t been questioned either, as he is protected by his immunity. The prosecutors have begun a criminal investigation.

It seems that the store guards turned their attention to a man who was looking at electronic equipment and thoroughly studying its safeguards. He was taking various items from the shelves, and then putting them back. It seemed suspicious, and the security guards noticed there were many empty boxes, so they decided to check the man’s pockets. At the cash register the suspicious man paid for only one thing, but it turned out he was carrying a total of 18 items. Their value was estimated at more than 2 thousand zloty.

The case has been taken over by the National Public Prosecutor’s Office.