Polish Ministry of Health is considering the cultivation of marijuana for medical purposes and is already discussing this matter with the Ministry of Justice.

Why do we have to pay the Netherlands, from where we import dried plants containing cannabinoids for approx. 10,000 to 20,000 zloty per month? Growing marijuana in the country will be much cheaper, – says Deputy Minister of Health Krzysztof Łanda. 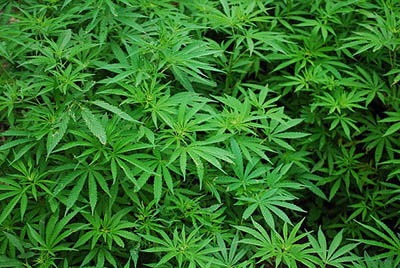 Does this mean marijuana will be somewhat legal?

As he explained further, at the beginning the cultivation of cannabis in Poland would be conducted by institutions that are subordinate to one of the ministries mentioned above.

However, ultimately it could be grown privately, according to respective legal requirements and subject to systematic and thorough inspections, – added Łanda.

Marijuana would be then distributed further to hospital pharmacies, where preparations for patients with refractory epilepsy would be made. Such drugs could also become available on prescription in pharmacies and given out to the patients.

I assume that these drugs would be reimbursed by state, – said Łanda.

“It will be much cheaper”

As the main reason why Poland should grow marijuana on its own, the minister pointed the costs. According to him, the cultivation of cannabis in Poland would be “much cheaper”.

Now dried cannabis is imported from abroad, and the Minister of Health decides if a patient who requires refractory epilepsy treatment will have the medication reimbursed by state within the scope of target import – explained Łanda.

The Ministry of Health has talked over this issue with the Ministry of Justice several times now. According to Łanda, respective legislation has now to be amended, so that the patients using such medication and their doctors would be certain they would never be punished for personal possession of drugs.

They cannot be treated the same as holders of prohibited substances. We, as the Ministry, also have to work out a method for delivering drugs to pharmacies. The supervision over the crops and the whole production has to be elaborated as well. When the changes are ready, the Sejm will take it from there. And when the path of legislation is completed, the first supervised crops could be opened – finished Łanda.