Seeing strange driving manoeuvres of the car in front, a driver decided to stop it. His suspicions were correct, something was clearly wrong – the woman behind the wheel was drunk. As it soon turned out, she was a prosecutor from Wrzesnia. She had more than 2.5 per mille of alcohol in her blood. 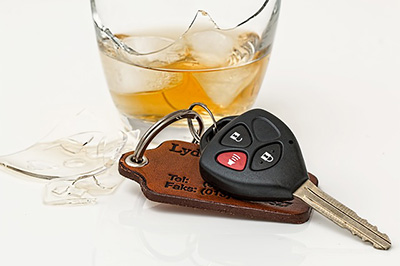 Do not drink and drive!

The civil arrest occurred on Tuesday at around 17:30 on the Kaliska street in Września. The driver stopped the Ford in front of him, because the behaviour of the woman sitting behind the wheel raised his concern.

The man prevented the 45-year-old inhabitant of the Września district from driving further. The police arrived on the spot. The woman was actually in a state of intoxication, she had more than 2.5 per mille of alcohol in her body – says Sgt. Adam Wójciński from the District Police Headquarters in Września.

The woman was arrested, her driving licence taken away. As it turns out, she is a District Attorney in Września, which was confirmed by the spokesperson of the District Attorney’s office in Poznań Magdalena Mazur-Prus.

The Deputy District Prosecutor in Września was immediately informed about the incident, the vehicle was secured, and in the presence of the public prosecutor on duty and the immediate superior of the lady prosecutor, the breathalyser test was re-run and blood samples taken to test the level of alcohol and other substances that may affect psychomotor skills – according to Mazur-Prus.

The District Attorney in Poznań suspended the woman in her official duties.

On the day of the event the prosecutor was on annual leave – adds the spokeswoman.

The case is being handled by the District Prosecutor’s office in Września.

As reported by Mazur-Prus, the Regional Attorney in Poznań will decide whether to transfer the proceedings to another unit of the prosecutor’s office outside of Poznań.