Polish city of Łódź has fifth worst traffic in the world

Mexico City, Bangkok and Jakarta – the first three of the most congested cities in the world, according to the latest ranking by TomTom. On the list there is also a Polish accent. The city of Łódź ranks five. 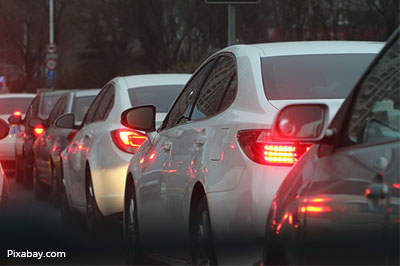 How much time do you spend in traffic jams every day?

This is the sixth such ranking prepared by the Dutch company. This year 390 cities from 48 countries were taken into consideration. The ranking was prepared on the basis of data collected from the TomTom navigation devices used by drivers in different countries.

TomTom’s mission is to change the mobility around the world, helping to create more intelligent cities of the future. A large part of this transformation is to help drivers, cities and planners understand the traffic jams, and most importantly, how to reduce them – says Ralf-Peter Schaefer, vice president of TomTom.

The chart shows that the highest rate of traffic congestion is in Mexico City and it is 66%, whereas in Bangkok it is 61%. The third place has been claimed by Jakarta with 58% congestion rate.

The congestion level shows how much longer the average travel time is when there is a traffic jam.

Most importantly, there are also Polish cities on the list. Łódź is at the very top of the ranking – on the 5th place! The congestion level in the city is 51%.

Łódź becomes the centre of communication and logistics of the country. Here the A1 and A2 motorways cross. The city is an attractive point for many logistics companies. This may be one of the causes of increased traffic and congestion in the area – explains Andrzej Markowski, a traffic psychologist.

Tomasz Andrzejewski from the Łódź Board of Roads and Transport argues, however, that the improvement of traffic flow in the city may be greater than is apparent from the TomTom’s report.

Most of the key investment projects were completed by the end of 2016. In December we opened the Fabryczna railway station. Along with it surrounding streets were opened, besides there are new roads, which will further spread the traffic – he indicates.

The decrease in traffic flow has also been reported in Tri-City, which was on the 120th place in the ranking. The congestion indicator for Gdynia, Sopot and Gdańsk is 29 percent.

A slight improvement of 2% has been observed in Szczecin, which is on the 210th spot. The indicator for this city, like Białystok (217 place), is 24 percent.

The last Polish town placed in the TomTom ranking is Bielsko-Biała with the result of 19% and 290 place.