Almost half a million zloty was brought to the composter in Kołobrzeg. The collectors have found a great number of banknotes mixed with the trash. 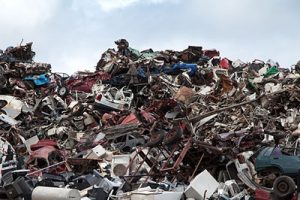 They immediately informed the police about this extraordinary find, but the owner was found before the police took any action. It remains unknown how the money ended up in the garbage.

A Similar situation happened a few months earlier. Just before Christmas 2015, a man, by accident, threw away 96,000 zl (around 22,000 €). The money was supposed to finance the treatment of his daughter. When he realised what had happened, he called the local garbage disposal company and the workers managed to retrieve the valuable load at the very last minute. It was just about to be ground.

In May 2015 the workers of the recycling facility in Stary Las (northern Poland) have found almost 70,000 zl (around 16,000 €). Every employee working that day at the sorting line was awarded by the money owner for their honesty.