After Easter holidays many Poles have decided to spend their long May weekend abroad. 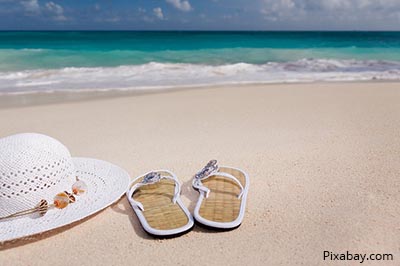 The number of holiday bookings has increased by 80% compared with the period from the beginning of March to mid-April – according to the report by Travel Planet. Poles are most likely to choose Greece, Egypt, Spain and Turkey for their holiday destination.

It is undoubtedly the effect of the terrible weather, persisting since Easter – says Radosław Damasiewicz representing Travel Planet.

He adds that that this year we have “an extremely advantageous calendar layout”. It’s enough to take three days off work to enjoy as many as nine days of holiday. Monday, May 1st, is Labour Day, and Wednesday, May 3rd, is Constitution Day.

According to the report, to guarantee themselves some sun during the long weekend tourists pay a little over 2,000 zloty per person. Most often this amount covers the flight, accommodation in at least a 4-star hotel and all inclusive board. Such a high standard is chosen by approximately sixty to seventy percent of travel agencies customers.

As indicated in the report, for the last few days tourists have been booking holidays mainly in Greece, Egypt, Spain and Turkey. Within these most popular destinations attention is drawn to the big leap of Egypt – from fourth to second place. According to Damasiewicz, this is due to low prices of trips to this country.

In turn, according to data collected by the National Debt Register, Greece is the most popular destination, followed by Spain, followed by Turkey.

Due to the fact that Poles often choose directions such as Egypt and Turkey, it is worthwhile to read the announcements and warnings issued by the Polish Ministry of Foreign Affairs. At present, there are warning levels 3 and 2 for these countries respectively.

The Ministry of Foreign Affairs advises against travelling to Egypt “in connection with the state of emergency announced on April 10, 2017, and the persistent threat of terrorist attacks that can also be directed against tourists.” In Turkey, the Ministry urges “to exercise particular caution, to avoid any public gatherings, demonstrations, gatherings, and not to do so near public buildings, polling stations, and police and military stations.”

The Foreign Affairs Office encourages tourists to register their travel at the consular service “Odysseus”. Through registration, in the event of emergency situations abroad, the Ministry of Foreign Affairs will be able to contact the registered person, provide necessary information and assistance through the appropriate diplomatic and consular post.

In turn, the Ministry of Sport and Tourism recommends that before any trip we check whether the holiday organiser is entered in the Central Register of Tourism Organisers and Tourist Agents. In addition, it advises tourists to read the information from the Office of Competition and Consumer Protection (UOKiK) “Before the holidays – what to know?”, which is published on their website.