What Poles looked for on Google in 2016

“Euro 2016”, “Pokemon Go”, “Deadpool”, “Donald Trump” or “How to pronounce Avon?” – these are the most popular phrases searched on Google by Poles this year. 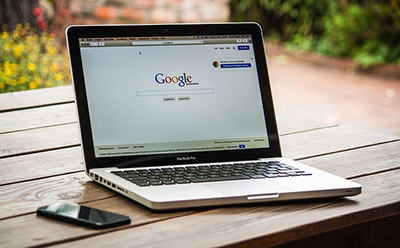 Polish people seem to be very much into sports

Google has just revealed a list of the most searched phrases by Internet users in 2016. What have we searched for this year? The most popular word on Google in 2016 was… Powerball, $1.56 billion jackpot that three lucky ticket holders managed to win in January. Prince, whose death shocked his fans in April, is placed second in the ranking. The TOP-3 closes Hurricane Matthew, an Atlantic hurricane which took the life of 1600 persons in October this year. What else we looked for on Google? Among others, information about the elections in the United States.

Most searched phrases in Poland

The most common question in Poland was: How to download Pokemon Go? The name which was searched on Google the most was Donald Trump and the event: Euro 2016.
We can consider Google’s statistics also as a popularity ranking. The most popular football players in Poland in 2016 were: the captain of the Polish national football team Robert Lewandowski, Kuba Błaszczykowski and Michał Pazdan.

Sport events appear to be the most searched events in 2016: Euro 2016 and Rio 2016 open the list. This year, the Eurovision in Stockholm ranked third.
What film titles were searched by Poles? First of all, international hits as Deadpool and Star Wars. Polish productions as Wołyń and Planeta Singli (“Planet Single”) have also attracted Polish web surfers this year.

People and most frequently asked questions

Donald Trump not only won the elections in the United States, but also was the most searched person on Google in Poland this year. Moreover, Poles searched for information about cult musicians who died this year – David Bowie and Prince.
In 2016, the most popular questions of Poles on Google were: How to download Pokemon Go?, How to play Pokemon Go? and… How to pronounce “Avon?”.