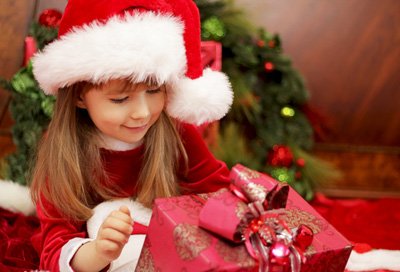 The main idea of the nationwide action called “Szlachetna Paczka” (Noble Package is direct help for people and families in need. The addresses of the families are obtained by local volunteers. The action is organised by Stowarzyszenie Wiosna (the Spring Association). The selected families get packages, full of the things they need 2 weeks before Christmas.

“Szlachetna Paczka” XVth edition’s final took place last weekend. People who want to help bring packages to collecion points across the whole country. From there the gifts are taken directly to the families in need. It is a long-lasting tradition of “Szlachetna Paczka” that the bigger cities (with lots of people willing to help, for example Warsaw, Cracow or Poznań) help the poorest regions of Poland. This year, 34 trucks were filled with packages and sent off to deliver Christmas gifts and joy.

“Szlachetna Paczka” has connected nearly half a million of Poles this weekend, and the donations amounted to 54 million złoty. This way, the action officially became a Christmas tradition – the Spring Association emphasised on Sunday around midnight.

The total value of gifts in 2014 reached 41 million złoty. The average value of a package was 2.1 thousand złoty, this year – 2.6 thousand. Last year, one package was prepared by approx. 36 people, this year – by 43 people.

According to the information available on the “Szlachetna Paczka” website, half of the receivers got their packages right after midnight – that’s nearly 10 thousand people.

This year, we visited 38 thousand families, but in the end nearly 21 thousand families got their packages. This is one thousand families more than last year – said priest Jacek Stryczek, the creator of “Szlachetna Paczka”.
– We want each family to receive a package only once. We don’t want it to become a habit or demoralisation. This may lead to the assumption that the families don’t need to try their best anymore. The idea of the action is not only material help but also creating an alternative Poland, where people listen to one another, are open, support each other, are solidary. It is so nice when people in big companies, as part of the “Szlachetna Paczka” action, show their hearts for the first time – stated priest Stryczek.

This year, the Polish national football team, Mr and Mrs President, the Polish Army, the Ministry of Nationwide Education, and sportspeople such as Kamil Stoch, Anita Włodarczyk, Agnieszka and Urszula Radwańska took part in the action. Pope Francis also prepared a package. It was brought to the Warsaw Expo rooms by the apostolic nuncio in Poland – Celestino Magliore.

Pope Francis engaged himself in the “Szlachetna Paczka” action not for the first time. It fits well with the Catholic year of mercy; it’s not so important to speak about mercy, but to act upon it – said Magliore. As he explained, the Pope’s package would be given to a family from Warsaw. It contains all the necessities: clothes, food and shoes for children.