Six people, including two leaders of an organised criminal group, have been arrested by the Łódź Police Central Bureau of Investigation (CBŚP). They were selling home heating gas as liquefied petroleum gas (LPG). 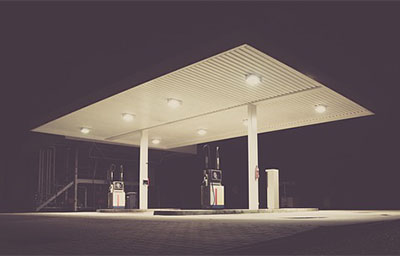 Instead of a driving car, a heated one.

By passing natural gas as LPG the fraudsters managed to cheat the State Treasury for 1.6 million zloty. They face up to 10 years in prison.

Police officers from the Łódź CBŚP have found clues pointing to an organised criminal group, which distributed heating gas as LPG fuel.

According to the CBŚP spokeswoman officer Agnieszka Hamelusz, the group was lead by two businessmen who are engaged in wholesale trade of fuels.

They purchased heating gas which they later sold to petrol stations as LPG fuel. They traded in the Łódzkie, Śląskie and Świętokrzyskie voivodships. They made 1.6 million zloty by cheating which would otherwise go to the State Treasury.

During the arrest, the officers were supported by the Kielce and Katowice branches of CBŚP, police officers from the Voivodship Police Headquarters in Łódź and subordinate units, as well as by intelligence officers of the tax and customs chambers.

Since the police officers knew that the leaders of the group had legal firearms, SWAT was involved to arrest them – says officer Agnieszka Hamelusz.

The officers have searched nearly 50 spots and secured all the documentation and 85 thousand zloty. The fraudsters have heard charges of leadership and participation in an organised criminal group and tax fraud charges. The two leaders face up to 10 years in prison, the other detainees – up to 5 years. The court, at the request of the District Attorney in Piotrków, has placed the leaders of the group in custody. The others will have police supervision and possibility of bail.