Poland climbs up the “Paying Taxes” ranking, still a lot to be done

In terms of complexity of the tax system, Poland currently occupies 47th place, which means a rise by 11 positions compared to 2016 – according to the latest report, “Paying Taxes 2017”, prepared by the consulting company PwC and the World Bank. 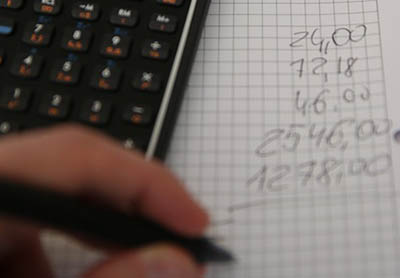 The report states that the average Polish entrepreneur does seven annual tax payments, spending 271 hours a year to comply with all tax requirements (both indicators are the same as in the previous year). Total tax rate in Poland amounts to 40.4% this year (in last year’s survey, this ratio was calculated at 40.3%).

Thanks to our consistently pursued e-government programme we can now enjoy this success. However, there is still plenty to be done, among others sustaining durability and consistency of tax law, which is reflected in an invariably large number of hours that entrepreneurs spend on handling payments, – says Tomasz Barańczyk.

According to the report, the average time needed to meet the tax requirements in the EU and EFTA region amounts to 164 hours, which is 87 hours less than the world average (251 hours). It is also the lowest score among all examined regions, except the Middle East (157 hours). In only 32 countries the time needed to meet the requirements is longer than the world average.

The report authors noted that 21 countries of those examined carried out reforms that have had great impact on reducing the overall tax rate.

In 2015 labour taxes and compulsory social security contributions paid by employers still constituted the largest share of the average total tax rate in the region (65%) and required the longest time to fulfil, – reads the report.

The authors point out that the average time to meet the requirements for an application for a VAT refund in the region is 7.1 hours, and obtaining a refund of VAT requires an average of 14.8 weeks. In Croatia, Germany, Latvia, the Netherlands, Spain and Malta VAT refund does not require additional time, as the application is submitted on a standard VAT return.

“Paying Taxes” report was published for the 11th time this year. It presents a calculation of all mandatory taxes and contributions that a medium-sized company must pay in a given year, and measures the administrative burden involved in submitting tax returns and paying taxes, as well as the procedures that take place afterwards.

Taxes and fees described in the report include the profit tax (the corporate tax), social security contributions and payroll taxes paid by the employer, property taxes, taxes on civil law transactions, dividend tax, capital gain tax, tax on financial transactions, taxes on waste treatment, vehicle and road taxes, as well as other minor taxes and charges.