Permanent CET under consideration in Poland

Discussion about the legitimacy of the time change has been popping up regularly in Poland for several years now. Not only scientists and journalists discuss this issue – politicians also doubt the sense of time changes. The next change takes place on the night from October 29th to October 30th.

In April 2013, the then Prime Minister Donald Tusk said that the government regularly debated about what would happen if there was no time change in Poland. 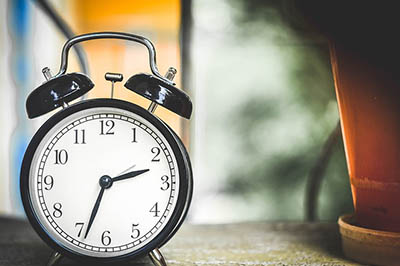 Next time change is on Saturday

We discuss it at the Council of Ministers twice a year, if there are reasons to cancel the change. There are arguments for and against it, – said Tusk, stressing that the government has not taken any steps on the matter further than the theoretical considerations.

And so it remained till the end of the term. The government has not put forward any proposals in this matter, even for inter-department consultations. No reliable estimates exist, on which the government could base the possible withdrawal of the time changes and know if such a decision would bring the economy and society more good than harm.

The Ministry of Economic Development has no reliable and verified information about negative impact of the introduction of the summer time [daylight saving time, DST] over human health, – admitted the deputy minister of development Jadwiga Emilewicz.

Given the contradictory nature of the research, it is not possible to draw reliable conclusions on the impact of summer time over the environment. The actual savings remain difficult to estimate, nevertheless, they are relatively limited, – said, in turn, the ex deputy minister of economy Jerzy Pietrewicz.

A group of six senators of Law and Justice (PiS) questioned the sense of changing the time in March and October officially in a letter to the then Prime Minister Donald Tusk.

Little effectiveness of changing the time from winter [standard time] to summer was proven by American and British scientists: the results showed no significant changes in electricity bills, however they showed that the risk of a heart attack rises at about 10% and that the time change is troublesome for permanently ill people and people with disabilities. No less important a consequence of the time change is the decline in employees’ productivity within a few days following the time change, which is important for the whole economy. This is a result of disrupting the daily cycle of people’s lives. The transition from winter to summer time needs changes in train and bus schedules. It also urges changes in software in machines and computers used in the industry, which undoubtedly generate costs,– pointed out the senators of Law and Justice.

In March this year, the Senate received a petition from the Association of Social Interest “Wieczyste”. The main idea was the same: to abandon changing the time twice a year and set the Central European Time (winter time) as the only one binding. National Economy Committee advised the Prime Minister Beata Szydło, however, not to take further steps on that.

The cancellation of the time changes in Poland itself (though it is not planned by the government yet) is just one of the decisions. The next one would be more difficult: which time should apply in Poland for the whole year then? The Central European Time would be natural as far as the longitude of the majority of Polish territory is concerned, but will it suit the whole country?

One time for all

How would life in Poland look like, if winter time was applicable the whole year through?

Between October and March things would be the same. But we would have to imagine summer, when the sun rises at about 3.00 am, and on the longest days the sun sets at about 8.00 pm. It seems that the joy of warm June and July evenings is all that great due to late sunsets. So the summer time sounds better, – says Karol Wójcicki of the internet portal “Z głową w gwiazdach”.

However, the daylight saving time all year round also has drawbacks, according to Wójcicki:

You can hear opinions that people coming out of work in December would like to have at least an hour of daylight left. But we also have to remember that not only would we have to wake up to work in complete darkness, but it would be dark everywhere also for the first hour of work for those who start at 8.00 am. I don’t know for others, but for me it would be depressing, – he explains.

When considering the possible resignation from the time changes in Poland, another circumstance should also be taken into account. Most EU countries (except Iceland) change the time twice a year in accordance with the EU directive that has been in force for over fifteen years. It is not legally binding, though most of the EU countries apply it.

The Central Office of Measures notes in the information published on its website that when considering the possible resignation of the time change we should thoroughly analyse the consequences of that – that for half a year the time in Poland would be the same as in other EU countries, and for the other half it would be different.

According to experts, when it comes to setting an official time over such a large area as the European Union, there is no perfect solution. The official time is therefore an adjustment of the solar time to human habits – a compromise that will never satisfy all.