Paedophiles are extremely active on the web – becoming less anonymous, though more and more audacious. Sometimes just a few seconds are enough to track them down on the internet, which is being proven in black and white by the provocations carried out by the so-called “paedophile hunters”.

On their own they do what the law forbids the police. As a result, it is possible to catch many criminals almost red-handed, though sometimes it is not enough for the prosecution to charge them accordingly. 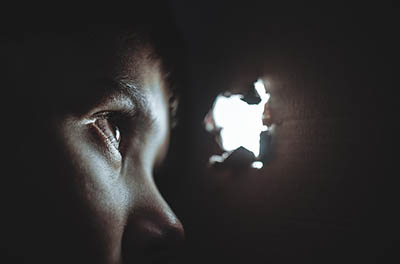 In most cases, parents have no idea what their children are doing on the internet

22-year-old Krzysztof is one of the hunters. He lives in Bydgoszcz and he has never believed in all the paedophile-related stories told by mass media. He decided to check if the problem of paedophiles lurking for the youngest on the internet was really that huge.

I logged into a chat, kind of a regional one, nothing with a sexual meaning implied [..] my nick was Nikola13.

Within just 24 hours the police arrested a man who intended to meet up with Nikola and take advantage of her. He was the first to react to what the fictional girl posted.

He started talking with me as if he was talking to an adult woman, although I am sure he knew I was 13. Then he started to ask questions like “are you shaved?” – related Krzysztof.

The whole conversation was becoming more and more personal. The 32-year-old Radosław G. started texting the fictional girl using his work phone and kept sending his photos. He was using unambiguous language, making sexual innuendoes and striving to meet up with the girl.

At first he suggested I should come to his place, but then he found out that the girl’s parents were going to visit Gdańsk. He was firmly convinced he was going to meet a 13-year-old girl there, – added the hunter.

The man showed up at Nikola’s place the day after, he brought condoms and wine. Only after he arrived he realised he ran into an ambush. The police were already there, waiting for him with handcuffs. The man didn’t want to talk about what he did, though he pleaded guilty.

He was transported to the local police headquarters where he admitted he was expecting a few strapping guys and not Nicole, which was an absurd explanation of his deed, but surprisingly sufficient for the prosecutor to close the case.

I do not sympathise with this decision, – stressed Włodzimierz Marszałkowski, regional chief prosecutor for Bygdoszcz-Południe. The prosecutor handling this case found this line of defence too hard to refute under the existing evidence, – he added. Personally, I think this decision was precipitate.

A video recording with the paedophile pleading guilty seems not to have affected the verdict at all. Marszałkowski tried to justify releasing the paedophile with pressing workload. According to him, around 600 cases arrive at the prosecutor’s office every month. The prosecutor’s decision is all the more surprising that for his superior – Attorney General Zbigniew Ziobro, fighting paedophilia is one of the top priorities.

The investigation was closed in April and – although the prosecutor’s office promised so – has not been resumed yet.

Polish police have no remedies to organise any provocations.

Our actions cannot provoke people into crime, – explained Mariusz Ciarka of the police headquarters in Bydgoszcz.

Therefore, they can only observe the suspects waiting for them to make even a tiniest mistake, otherwise everything is in the paedophile hunters’ hands. Such interventions, though controversial, are extremely effective.

There have been several set-ups organised by ordinary people that ended up successfully, including a youtube performer who recorded his meeting with a paedophile, assisted by a police officer in plain clothes and his younger friend who pretended over the phone to be the fictional Gosia13. The paedophile – a 24-year-old attorney-to-be, was arrested and his trial revealed there were more of his victims to be found across the whole country. On top of that, police officers found child pornography at his place, which meant imprisonment for quite a long time for him.

Attorney Zbigniew Roman admits that such provocations are questionable from both ethical and legal point of view, but when it comes to paedophilia, he would make an exception.

These people are a plague in our society. Any appearance of minors on the internet causes a huge reaction instantly, which means there is no other way than to provoke and chase them to finally catch them red-handed, charge them and put them in prison, – added Roman.

All the more that the police have their hands tied.

Read more in Polish and watch a video material here.