Opole Festival of Polish Song to be held… not in Opole

Yesterday, after yet another festival star decided not to take part, the city of Opole cancelled the contract with TVP (Polish national TV) to organise the 54th Polish Song Festival. The TVP president Jacek Kurski, in turn, decided to organise the festival somewhere else. 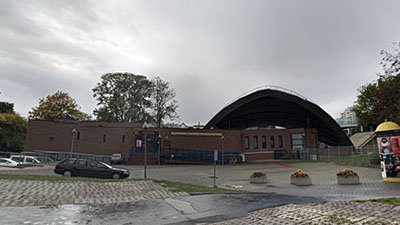 The Polish Song Festival may only be in Opole and it will be in Opole – announced President Arkadiusz Wiśniewski, who has terminated the agreement with TVP.

There is only one Opole. Opole is a city with 800 years of tradition. Of which more than 50 is the tradition of the capital of Polish song. My duty, as president of the city, is to defend this tradition, to defend this accomplishment. In a situation where so many artists gave up the festival I could not do otherwise – says Arkadiusz Wiśniewski.

He also intends to prepare a lawsuit for a multi-million zloty compensation from the public broadcaster. Why? As the president explains, in connection with what has happened, “due to the atmosphere of scandal,” the city’s image bears a loss.

Asked about whether or not the organisation of the festival might take place in cooperation with other TV stations, the president replied:

There is only one Opole, there are more broadcasters.

Wiśniewski emphasises that before the termination of the contract he appealed to TVP to organise the festival at a later date, and proposed establishing an independent council which would prepare the festival programme “to cut down all the political nominations for the festival or prohibitting some artists to perform.” And he assured that the festival in Opole will be held in autumn.

Meanwhile, the representatives of the PiS (Law and Justice) Club in the city council of Opole have appealed to Wiśniewski to undertake mediations with TVP.

It is obvious that the festival will not be held in June, but the later dates are also doable. It would be an image disaster if the city of Opole did not organise the festival – says Sławomir Batko from the Opole PiS.

He also emphasises that Opole might be “exposed to the costs associated with multi-million zloty compensation for TVP” for the contract termination. The president, however, does not intend to mediate with TVP.

According to the Polish Press Agency (PAP), TVP President Jacek Kurski has announced that the Polish Song Festival will take place in another city. This week, a new location will be announced. The date is supposed to be similar to the one in which the Opole event is supposed to take place.

President Wiśniewski, asked about the scenario in which the festival takes place in another city, says:

In the patent office we have the rights to the name the Polish Song Festival in Opole. You can imagine the Cannes festival on the beach in Mielno, but how does it look?

The Minister of Culture and National Heritage Piotr Gliński has appealed to artists to “do not get involved in this kind of actions”. And he’s added that in his opinion the best way out of the situation would be to organise the festival in another place.