Construction has started on a 40 million złoty perimeter fence to surround a future missile shield installation, at a US base near Słupsk on the North coast of Poland, 225km from the Russian city of Kaliningrad. 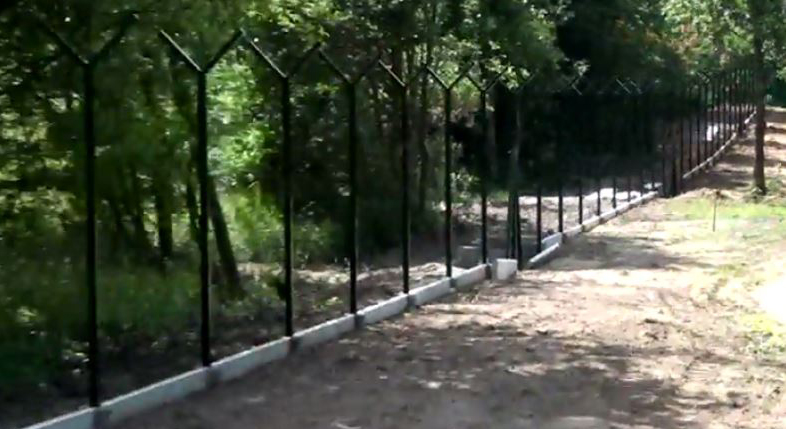 The fence is the first step in missile shield base build

Without giving more details, the Polish Ministry of Defence calls it “no ordinary fence”, with it making use of all manner of electronics. At the same time, demolition of old buildings is under way to make way for the new military defense complex.

The Ministry of Defense had this to say in a press release, “We join forces”:

The construction of the fence began last week.
Deputy Mayor of Słupsk Bernard Rybak had this to say:

Everything is shrouded in mystery and probably rightly so. All I know is that the work is progressing. Like most of the public, we don’t have access to the detailed information. From time to time all we get are visits from representatives of the Ministry of defence and the Americans.
It is no secret that they consolidate power in this case. We want to get something in return. It is important for us to connect with Ustką and Trójmiasto. We are trying to push the parliamentarians and the Ministry. Something really needs to start happening. We’ll look at this more favourably if they involve the issue of S6 or national road No. 21.

The external segment will be 13.5km long

He also notes that people are pretty skeptical about the whole military investment, having waited a long time for promised compensation. In particular, the construction of the base could have a negative impact on the region. Even now space is already limited.

It’s little known what the Americans are contributing, but Poland is putting in 40 million złoty. The fence will consist of two external segments, and one internal, around the barracks complex. The total external length will be 13.5km. If all goes to plan the Polish part of the new fence will be completed in March 2016. The American part is planned to begin in 2016 and finish in 2018.

It’s expected the new complex will be made up of primarily powerful radar, and response rockets, able to track and intercept ballistic missiles. The purpose of the installation will be to defend European allies of the United States, and will be controlled as part of the larger NATO missile defense system.

The missile sites in Europe represent a smaller scale soultion to what was proposed 12 years ago by then president, George W. Bush, with radar in the Czech republic and interceptors in Poland, with the ability to defend against Iran, and strategically located for Russian awareness.

When Obama took office in the US he replaced the Bush plan with the “European Phased Adaptive Approach“, made up of smaller anti-missile interceptors most effective at medium and short range.

The system will be based on Europe’s AEGIS BMD, as placed on naval vessels of the United States Navy, and the land version of the AEGIS Ashore, located in Poland at the former military airport Słupsk-Redzikowo, and at the Romanian Deveselu base.
Also, Turkey will receive mobile radar, designed to provide early warning of any incoming missile attacks from the Middle East.

The original article in Polish, with video, can be seen here at TVN24. Watch out as the TVN site autoplays video, with sound on.