Law changes in Poland, drivers can no longer refuse to accept violation tickets

The Ministry of Justice wants changes in punishments concerning drivers. The law can potentially be changed so much that detained drivers will not be able to refuse to accept the fine. 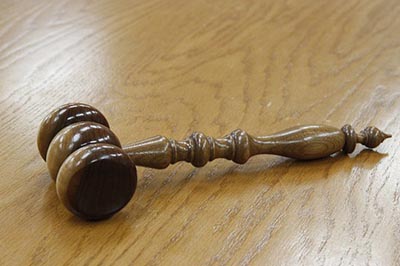 Law is going to be stricter

A project of a bill tightening the Road Traffic Law prepared by the Ministry of Justice has been submitted for consultations. New fines will be sharper and the period of limitation for traffic offences will be longer.

New regulations are aimed at extremely irresponsible drivers who cause death and destruction on Polish roads, – so the Ministry.

Right not to accept a ticket

Currently, an officer who stops a driver for committing a traffic offence must inform the detained person about the reasons for detention, the height of the ticket and the amount of penalty points. The driver, however, has a right to refuse to accept the penalty. For the police it then means drawing up an application for punishment and submitting it to court.

Currently, each offender has a right not to accept the fine, which he can exercise or not. If this right is not exercised, documentation to the application for punishment is prepared, – said Sgt. Tomasz Dobiecki of the Traffic Department in Łódź.

According to suggested changes, an officer could write a ticket, even if the offender does not agree. Then the only route of appeal for the driver will be submitting the case to court. However, if he decides to take such a step and loses, he will pay even more than just the ticket, because the bill includes a statement that the court’s fine cannot be lower than the ticket, plus the offender covers the trial’s costs.

We assume that the changes will enter into force in 2017. The main reason for this process is effective prosecution of perpetrators who act prejudicial to road safety, as well as improvements in the efficiency of enforcement of penalties imposed on these, – stated the Ministry of Justice.

When asked if it does not cause drivers to pay more for tickets, the Ministry replied that it would be quite the opposite:

The perpetrator, who will pay the fine within the time limit, may actually pay less.

We will have no choice, because if we know we are right and we cannot refuse the ticket, then we can only turn to court. Many will give up at that point, because it is very arduous, – points out Janusz Popiel, president of the Association for Assisting Road Accidents Victims, pointing at duration and costs of legal proceedings. – It does not aim at improving road safety, but it is just another action that seeks only to get money from drivers, – adds Popiel.

According to Popiel, current shape of traffic legislation should be maintained. In many cases courts are on the police’s side, but the drivers have at least a fair chance not to accept fines.

However, the president of the Association for Assisting Road Accidents Victims appreciates the idea of extending the annual limitation period.

It’s not a bad idea, because some people actually act so clever that a year passes by and they have not been charged at all, – points out Popiel.

In 2015, more than 1,000 perpetrators of serious traffic offences (including 150 cases of collisions and 320 of speeding) were not punished for their deeds, because the cases just lapsed. Of the nearly 1,400 people who have been convicted for driving without a license, just four were punished with a driving ban.