The Polish government undermines the rule of law, and The European Commission should pursue enforcement action against the government of Poland under the Article 7 of the EU treaty, according to the joint letter of international non-governmental organisations addressed to the EC. 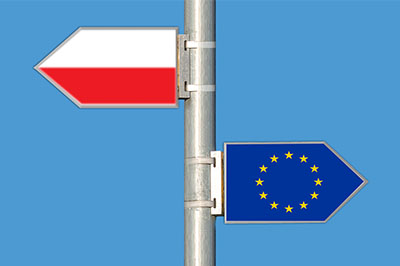 Will the Polish govt break from the EU?

HRW points out on its website, that in the procedure initiated against Poland the government in Warsaw received recommendations of the European Commission twice – in July and December 2016.

The Polish government has largely ignored those recommendations, and worryingly has also increasingly attempted to restrict the rule of law and human rights, including media freedom, freedom of assembly, and women’s sexual and reproductive rights – writes Human Rights Watch.

By attempting to silence critical voices and dismantle vital protections, Poland is creating an ever more suffocating climate for the judiciary, media, and civil society. The Commission is duty-bound to act firmly and swiftly to stem this disturbing regressive tide – says Iverna McGowan, Head of Amnesty International’s European Institutions Office.

The organisations also point out that for more than a year President Andrzej Duda has refused to swear in lawfully appointed Constitutional Tribunal judges elected by the Parliament of the previous term. The Constitutional Tribunal has judged that they were elected properly, and the president is obliged to promptly swear them in.

In a society based on the rule of law, the head of state cannot pick and choose whether to respect that law – says Philippe Dam, Europe and Central Asia advocacy director at Human Rights Watch – The Commission has a duty to continue to respond to the deliberate attempts to interfere with courts, undermine basic checks and balances, and dilute the functioning of democratic institutions in Poland.

The Polish government repeatedly attacked media freedom during the past year – says Julie Majerczak, head of Brussels office of Reporters Without Borders – The European Union shouldn’t allow one of its members to trample on EU’s core values.

One year after it first took action to halt the deterioration of the rule of law in Poland, it is time for the European Commission to acknowledge that the dialogue with Poland under the Rule of Law Framework has failed – says Elena Crespi, FIDH Europe Desk Director – The Commission must now move on to the next steps and recommend resorting to Article 7of the Treaty on European Union. This would mark the start of a new phase, where all EU actors, particularly member states, will have to stand up to defend EU values.

Article 7, if the heads of states and EU government estimate there is a risk of a serious breach in the EU law, provides for preventive action and possible sanctions, including suspension of a member state’s voting rights within the Council of the EU, if that member state violates the EU’s founding values, such as the rule of law.

The deadline for the Polish government to take action and follow the EC recommendations expires on Tuesday, February 21st.