57 percent of Poles over 50 financially support their children and grandchildren – according to a survey for KRD (the National Debt Register). 44 percent of people over 50 admit still living with a child or grandchild. 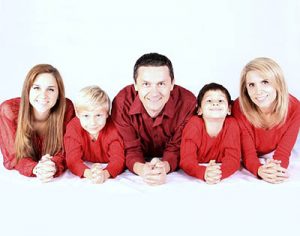 KRD reported that 207 zl is the average amount of financial support given to children and grandchildren by their parents or grandparents per month. 17 % of respondents declared support up to 400 zl. 13 % – more than 400 zl.

Together with children and grandchildren

According to the study, more than one third of Poles over 50 admit living with their children, and 8 percent with grandchildren, which usually means that they pay their housing costs.

The younger generation simply cannot afford to be independent. Buying your own apartment is sometimes impossible because of low creditworthiness. People earn too little to rent a flat. Living with parents is a great way of support. We know that mom and dad won’t lock the fridge or cut off the electricity, – pointed out Adam Lacki, the Managing Director of KRD BIG.

Supporting a 40-year-old as well

KRD explains that financial support is usually provided by a 55-year-old, so a parent of a relatively young person – 20-30-year-old. But this phenomenon is almost just as common amongst older people – 60-70 year old. Which means that 61% of seniors provide for their 40-year-old children.

People living in cities and urban areas earn more, so they can afford to support their loved ones. Poles over 50 spend most money (nearly 900 zl) on food. Current bills, commute and medical costs are another 1000 zl. If someone earns about 2000 zl, and it is often the situation in small towns, he or she is simply unable to support their children, – points out the Managing director of KRD BIG.

The study has also shown that usually university educated parents are the ones who support their children, rather than parents who are not well educated. The amount of financial support is also much higher. People who live in bigger cities generally earn more. Automatically they can afford to help their children and grandchildren.