Last section of the A4 autostrada (motorway), connecting Rzeszów and Jarosław, was opened on Wednesday. A4 now leads from Polish border with Germany eastwards to the border with Ukraine. 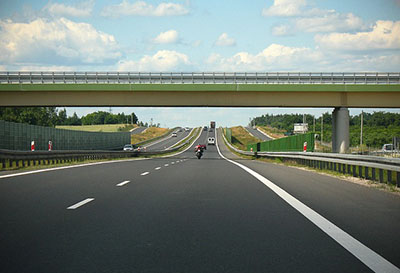 The construction was finished by the consortium of Polish Budimex and Austrian Strabag, after the agreement with another Polish construction company – Polimex-Mostostal, was breached due to enormous delay (A4 was initially planned to be ready for the EURO 2012 Championship).

From Germany to Ukraine

The autostrada A4 is a part of an international route, connecting Germany (Dresden) with Ukraine (Kiev) – the third Pan-European transport corridor. When it comes to the Polish part of the route, it starts in Jędrzychowice (border crossing with Germany), runs through Wrocław, Opole, Katowice, Kraków, Tarnów and Rzeszów up to the border crossing with Ukraine in Korczowa. 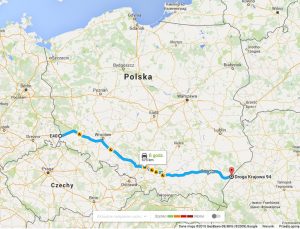 The main aim of this motorway was to provide a quick and efficient international connection between Western and Eastern Europe. It is 672 km (418 mi) long now and the time to cover this distance was estimated at about 6 hours (5h 30min with no traffic).

Some western sections of A4 were already built in 1930s by Nazi-Germany (under the pre-war borders). It was poorly taken care of after the World War II, however, and became notorious for its bad quality. It was then thoroughly renovated and new sections were adjoined during the next years.

The initial plan assumed that the whole construction would be finished by 2013. Then the due date was changed to the year 2012 because of the upcoming 2012 UEFA European Football Championship organised by Poland and Ukraine. Unfortunately, this ambitious plan failed due to multiple delays, some of which were caused by the floods in 2010, some by the construction company.

The project was finally completed in 2016 and the last section was opened only yesterday, making A4 the first completed Polish autostrada. Let’s hope it’s all downhill after that 🙂