A father has been sentenced for placing a picture of his naked son on the internet. This is the first such court sentence in Poland for the so-called parental trolling, ie ridiculing a child in the internet. 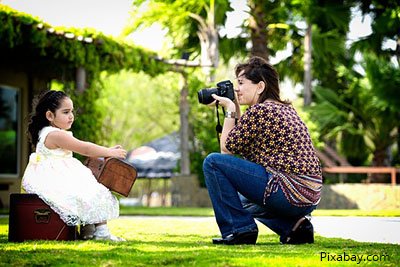 How a parent should photograph their child

It was when Katarzyna was still following the social media profile of her former partner and father of her then 2-year-old son, when she saw a picture that alarmed her.

My son is naked, naked. The photo was taken in circumstances when it was very hot, hence the nakedness. He is holding his penis, and in the other hand has a can or a bottle of beer – said Katarzyna then.

The child lives with his mother on a daily basis, but at the time he was at his father’s house. The photo was published on one of the social networking sites, in a public album, where everyone could see it.

I reported this photo to be removed, but the whole process lasted for 8-9 hours. I know that other people also reported it – said the mother.

Katarzyna also notified the police and the case went to court.

An indictment was sent to court by the prosecutor’s office under an article of the Criminal Code which states that it is not allowed to distribute a person’s nude photo without their consent – says Katarzyna’s lawyer Adam Baworowski, an internet cases specialist.

Now, after 4 years of court battle, a final sentence has been passed convicting the father – a penalty of 3 months of imprisonment with the obligation to perform controlled work for social purposes 25 hours a month.

This is the first conviction in Poland for the so-called parental trolling.

Young children’s lives can also be ruined by compromising pictures of a child on a toilet, a video showing strange behaviour or unusual stylisation.

These are children who sing vulgar fan songs. These are young girls who look like prostitutes, these are small children with a bottle of vodka or beer in their hand, and a cigarette in their mouth – says Łukasz Wojtasik from the “We give strength to children” (“Dajemy Siłę Dzieciom”) Foundation.

According to the foundation, a quarter of parents of children under the age of 10 post photos of their children naked, in underwear or swimwear, probably not realising that they may fall into the wrong hands.

Therefore, internet safety experts have a piece of good advice: if you want to post photos of your kids online, think twice and ask your kids if they agree.