Due to air pollution, schools and nurseries in several cities in Upper Silesia remain closed this week. In many places public transportation is free in order to reduce car fumes in the city. The quality of air is improving, nevertheless the experts advise staying home if possible. 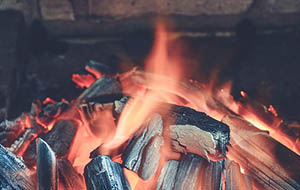 Coal stoves are the main culprits of smog in Poland.

Although the quality of air in Poland has improved in recent days, it is still highly polluted. The worst situation is in Silesia and in opolskie and łódzkie voivodships.

In Rybnik in Upper Silesia acceptable norms of particulate matter have been exceeded by 1000 percent. Habitants of the city complain that in fact it is not possible to breathe normally. Public buses were free on Monday and Tuesday and schools in Rybnik have remained closed through Wednesday. Habitants of Kraków, Kielce, Poznań and many other cities are facing a similar problem.

Due to smog, public transportation in Warsaw was free on Monday. In the capital, the concentration of PM10 decreased in comparison to the previous days. Today, air quality has been described as satisfactory. However, if this level of PM10 happened in Paris, acceptable norms would be still significantly exceeded. Air pollution standards in Poland were increased in 2012, therefore, acceptable concentrations of pollutants are much higher than in other European countries.

In Poland the norm of PM10 level was increased in 2012 to 300 micrograms, while in France it is 80 micrograms. If we had French standards in Poland, smog alerts would be permanent throughout our country, not only in big cities. – says Kamil Wyszkowski, Director-general of the Polish branch of Global Compact (an initiative of the United Nations, which brings together companies and institutions to discuss the conditions of sustainable development).

Car traffic not the only culprit

Although we usually blame car traffic, the main reason for smog are coal stoves used by many Poles to heat their households.

Cars are not the main culprit of smog, but inefficient heating using coal stoves and burning low quality coal in them, as well as coal slurry and, unfortunately, also rubbish. – adds Wyszkowski.

The problem with smog in Poland, especially on Sunday, has not been so severe in years. Now the levels of air pollution are dropping slowly, however, if you leave the house, you might want to buy a mask, available in every pharmacy for approx. 25-30 groszy.