Bill introduced in Polish parliament to decrease retirement age to 60 for women, 65 for men

Polish Sejm passed a bill on Wednesday that restores former retirement age: 60 for women, 65 for men. From next year on, the new law will entitle all Poles to an earlier retirement. 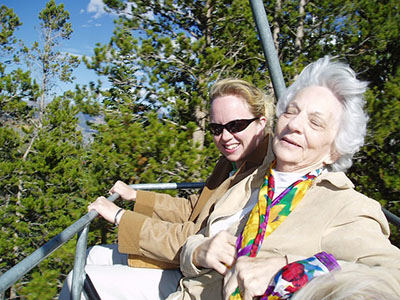 Retirement is a perfect time to start enjoying life

Critics point at high budget costs and lower benefits of such a step, especially for women.

The main assumption of the new bill is to let people decide to retire at their best convenience. They will assess individually their health state, their position in the job market and think about how long a rest they would like to take after work.

After the bill comes into force, everyone will be able to take an individual decision, whether they want to continue to work, or they feel their health does not allow them to work any more, – said Elżbieta Rafalska, Minister of Family, Labour and Social Policy. – Please note that it is not only the length of the period when we pay our contributions that affects the height of our future pension, but it is also our salary that matters, because the more we earn the higher contributions we pay. So the problem lies not only in the number of years we have been working, – she added.

ZUS (Polish Social Insurance Institution) will provide everyone willing with information about retirement quotes that they could count on when retiring at a given time. Then the person can decide for themselves, whether to use their right to retire at the age stated in the bill, or to continue working.

According to current regulations, farmers are entitled to an earlier retirement (provided that they meet certain conditions) but they won’t be able to do that from the beginning of 2018 any more. The Sejm rejected an amendment made by PSL (Polish People’s Party), according to which some farmers could – under certain conditions – retire earlier (women at the age of 55 and men of 60).

The Sejm also rejected an amendment proposed by Kukiz’15, which assumed a possibility of earlier retirement due to length of their service – 35 years for women and 40 years for men.

According to the bill, the total cost of these changes amounts to 40 billion zloty (divided into years 2016-2019).

In the long run, however, reducing the retirement age could translate into further increase in government’s expenditures on pensions, as it was admitted by the authors of the new bill.

The Parliamentary Bureau of Research (BAS) calculated that the introduced reform will cost the country about 140 billion zloty till the end of the year 2025, and as much as 381 billion by 2035. According to these calculations, the costs can reach more than 1.4 trillion zloty by the year 2060.

Polish Prime Minister Beata Szydło assured that the bill is fully guaranteed by the planned budget.

Lower retirement age means lower pension for those retiring. Henryk Kowalczyk, head of the Standing Committee of the Council of Ministers, acknowledged that people who opt for early retirement, could receive pensions lower by up to 30% than if they continued working till their 67th birthday.

Polish President Andrzej Duda commented on that in following words:

The height of one’s pension is also influenced by their salaries […]. Secondly, please remember that this is a right to retire and not an obligation. Therefore, if someone wishes to work further, they could.

5. When do the changes come into force?

The bill will be legally binding from 1 October 2017.