Christmas is almost here and so are carps – the fish eaten traditionally on Christmas Eve in Poland. The Polish Supreme Court has good news for animal rights activists – no more selling carps in plastic bags or boxes without water. 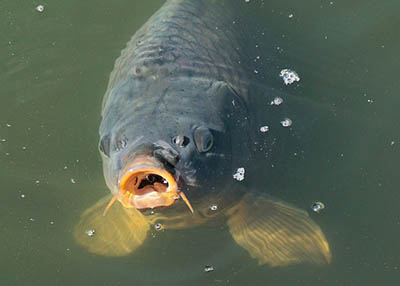 Finally the carp has spoken

It all began before Christmas in 2009…

I remember perfectly the situation six years ago. Carps were kept in plastic boxes, lying on top of each other and dying. Later, indifferent customers were leaving with bags full of fish in agony. Unfortunately, since then not much has changed and we are going to see the same image this year – says Renata Markowska from “Noga w Łapę” foundation who reported a case of mistreatment of fish by a grocery shop in 2010.

The prosecutor took up the case, but soon discontinued the investigation. Later in 2010, Ms Markowska filed a lawsuit against three vendors of the supermarket. However, according to the court, the mistreatment didn’t have a long-term character as carps were kept out of the water only a moment before being purchased. The activists did not give up, and the case ended up in the Supreme Court.

The Supreme Court admitted that carps are vertebrate animals and are subject to the Act on the Protection of Animals. Actions that violate the welfare of the fish, in particular keeping or moving the fish without water, are inhumane and indicate that there may be a crime committed. – explains Karolina Kuszlewicz, lawyer of the foundation.

According to the lawyer, the verdict is very important as it indicates how to interpret laws on the protection of animals.

Shops no longer can pack fish in plastic bags without water. Furthermore, they should guarantee the fish space, allowing them to maintain the natural body position. – points out Karolina Kuszlewicz.

“It is a precedent”

It is not certain whether the decision of the court will make the grocery shops change their practices, but the Supreme Court has given a clear signal that the fish have to be kept in more humane conditions.

It is an extremely brave verdict, but in fact, the only possible one. It will have a great importance while assessing the conditions of industrial animal farming. The fact that the Supreme Court pointed out the need to provide for the animals, not only minimal, but relatively natural conditions of life, is crucial in this matter – says Zbigniew Krüger, lawyer.

The case can be considered a precedent. In fact, the case, which was supposed to be simple, proved to be difficult, although carps were evidently kept and packed without water – comments the lawyer of the foundation.