During a three-day meeting that starts on Tuesday, the project limiting trade on Sundays and public holidays will be discussed by the Polish Sejm. According to the presented draft, the ban on trading would affect most of the commercial agencies. 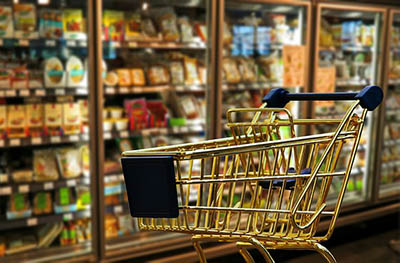 We will have to get used to Saturday shopping

Here are five things you need to know about it:

1. Who will have to close their shops?

According to the draft, the ban on trading would affect most of the commercial agencies. By commercial agencies the draft understands “all the facilities which sale goods purchased for resale in the form of, among others, shops, stalls, warehouses, depots of building materials and shipping services”.

The draft stipulates that the legislation would also include: franchisees, entrepreneurs operating on the basis of an “agency contract” (excluding petrol stations), and door-to-door traders.

The project proposes that on Christmas Eve (unless it is on a Sunday) and on Easter Saturday “trade and other trading exercise” could be allowed till 2.00pm.

Trading on Sunday could also take place, among others, in pharmacies, newsagents (not exceeding 50 sqm of usable space), in which the sale of newspapers, magazines and tickets constitutes a minimum of 30% of the monthly turnover (defined as sales revenue); in shops selling souvenirs, gifts or devotional articles, in which sales of these products constitute a minimum of 30% of the monthly turnover; in shops located in hotel establishments, health care facilities and other facilities dedicated to people whose health condition requires constant health care services and in establishments operating in the fields of culture, education, tourism and leisure.

Further exemptions would be: shops where the individual entrepreneur conducting economic activity trades personally (excluding franchisees and lessees), petrol stations (with some rigidities), pharmacies and souvenir and devotional shops.

The ban would also not apply to platforms or portals providing services for the sale of goods, which were not created as a result of production activities.

Additionally, the project’s authors suggest that trading on Sundays would be allowed, among others, in the duty-free zones.

Any violation of the ban on trading and executing other trading tasks on Sundays, on Christmas Eve and Easter Saturday “is subject to a fine or imprisonment for up to two years”.

5. What does an entrepreneur have to know?

The last section of the project concerns entrepreneur’s finances. Art. 7 of Chapter III suggests that “entrepreneur mentioned in this Act shall be obliged to submit a declaration of their turnover”. This is important because of the derogation provided for by the project. For example, some of the entities are excluded from the operation of the new law, if at least 30% of the entity’s turnover (defined as sales revenue) comes from the sale of press, public transport tickets, lottery coupons etc.