Air pollution in Poland one of the highest in Europe

Air in Poland is one of the most polluted in Europe, according to the European Environment Agency. 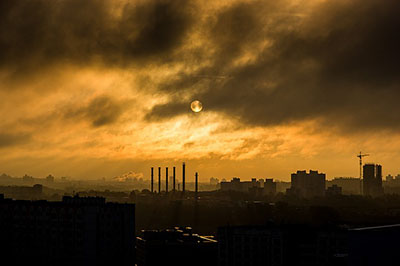 Polish nature should be worth protecting

Wanda has been living near the junction of Aleja Niepodległości and Trasa Łazienkowska in Warsaw for years and has been always satisfied with this location.

I enter the house and I cannot smell any car fumes. – she says.

Nevertheless, meters of the Masovian Inspectorate for Environmental Protection show slightly different results. On 6th December during rush hours, they reported 180 micrograms of pollutants per cubic metre of air, while the European norm is 40 micrograms.

It has not been so bad for at least 10 years – alarms professor Stanisław Gawroński of Warsaw University of Life Sciences who has been controlling the results for a decade.

Red spot on the map

The map published by the European Environment Agency leaves no doubt that the highest risk of benzopyrene exposure occurs in Poland. Benzopyrene is an aromatic hydrocarbon which is a combustion product and causes cancer.

We should show this map every second day to everyone who is responsible for environmental protection in Poland. In the case of benzopyrene pollution, we rank first in the European Union – says prof. Gawroński.

Dust pollution of PM10 and PM2,5 is also severe in Poland. For that reason Polish people die statistically 9 months sooner than habitants of Western Europe.

It is frightening, but nearly 40 percent of Poles still, in the 21st century, burn rubbish to heat their houses – points out Patryk Białas, of the organisation Alarm Smogowy (“Smog Alert”) in Katowice.

Local authorities have just begun to fight with the smog. Prohibitions, penalties, inspections are only a drop in the ocean to help in this matter. Smog alerts are very rare as norms of acceptable air pollution are too high in Poland.

The main problem of our country is the fact that in contrast with civilised European countries, we do not have any norms for heating nor any standards for fuel – states Krzysztof Smolnik of Smog Alert in Lower Silesia.