She just went shopping and lost probably all her savings. An 85-year-old from Gdansk had a lot of luck, because the bundle, in which she kept over 5,000 euro and 100 dollars, was found by an honest customer of a store. 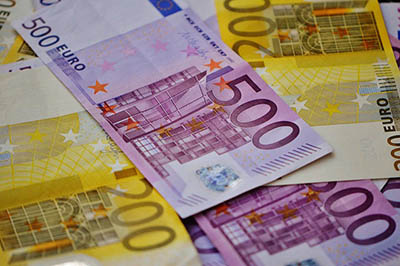 The woman had luck and got her savings back

The man took the cash to the nearest police station.

Everything happened last Monday. The 36-year-old went shopping to one of the shopping malls in Gdansk. Suddenly, on one of the shelves, he found an inconspicuous bundle. When he looked inside, it turned out there was money, quite a lot of money. The man counted everything and got a total of more than 5,000 euro and 100 dollars.

The 36-year-old went to the counter and asked the shop assistant if anyone had reported any losses.

The next day he reported to the police. He told the police where he had found the money and how much there was. There were some receipts mixed with the bundle of cash and thanks to them we quickly managed to establish who the money belongs to. Our officers called the 85-year-old and assured her that her savings were safe, – explained Lucyna Rekowska of the Gdansk police.

The 85-year-old had a lot of luck. The woman went to the police station immediately on Tuesday. She admitted that she realised quite quickly that she had lost her savings. Unfortunately, when she went back to the store it was already closed.

Our policemen handed the woman her money. They also offered her help and gave her a safe ride back home, – added Rekowska.

The 36-year-old, who honestly returned the money, wants to remain anonymous.

He is a very modest person. He does not seek publicity, – commented Rekowska.