A 78-year-old man from the Polish municipality of Szczurowa has become a victim of a love intrigue. He has been conned by a misterious 80-year-old lady.

The woman met her target through a lonely hearts column. Being neat and nice the con-lady instantly won the 78-year-old’s heart and he invited her to his place. However, instead of a romantic follow-up, the woman poured psychotropics to the host’s meal, and when he fell asleep, robbed him and disappeared without a trace. 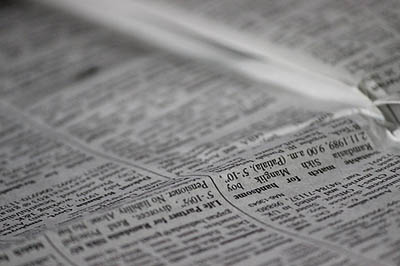 She was looking for her victims in lonely hearts columns

She was then found in custody, where she was put because of a similar fraud.

She is slim, with perfect make-up and a nice haircut – a nice elderly lady at first glance.

I would have never suspected her of being capable of such things, nor of being so old, – says Andrzej Leśniak of the District Prosecutor’s Office in Brzesko.

The evidence gathered by the police indicates that the 80-year-old has deceived more than just one man in such a devious way. She would choose her victims carefully from those seeking a life companion through lonely hearts classifieds. A lonely 78-year-old resident of a small village in the municipality of Szczurowa happened to be one of them. He believed in her good intentions and invited her to his place. Janina did not hesitate for a moment, she won the man’s trust and used it, taking all his savings and disappearing.

She poured lorazepam (a drug causing, among others, weakness, sleepiness and low blood pressure, which could have stopped an older man’s heart) into the man’s meal, – says Bożena Waresiak, judge of the District Court in Brzesko.

After a few minutes, when the man was firmly asleep, the woman could freely plunder the whole apartment. She stole all valuable things: a signet ring, wedding rings, mobile phones and money – worth more than 8,000 zloty altogether. When the 78-year-old woke up, he realised immediately he was a victim of a con artist and a thief. The man was complaining of a strange dizziness, so he got his blood examined.

The test showed the presence of psychotropic drugs in his system, – explains judge Waresiak.

Despite an almost perfectly organised police action, the woman managed to keep hiding for another six months. She was finally brought to the prosecutor’s office in Brzesko at the end of July. She was first captured due to another crime she had committed. More or less at the same time as she conned the man from Szczurowa, she robbed another man from Mazowieckie voivodship.

The story wasn’t yet over. In the course of the investigation, it turned out that the 80-year-old has already been sentenced for similar thefts and frauds nine times but she has never served the time. Taking into consideration the fact that she is a recidivist, the femme fatale may be liable to imprisonment of up to 20 years.

The lady was interrogated, but she did not plead guilty.

She claimed she had never been to the municipality of Szczurowa, never robbed anyone, nor cheated the 78-year-old, – reports the prosecutor Andrzej Leśniak.

Her testimony is, however, not consistent – quite contrary to the extensive evidence collected by the police, which indicates clearly that the detained 80-year-old is a matrimonial swindle.